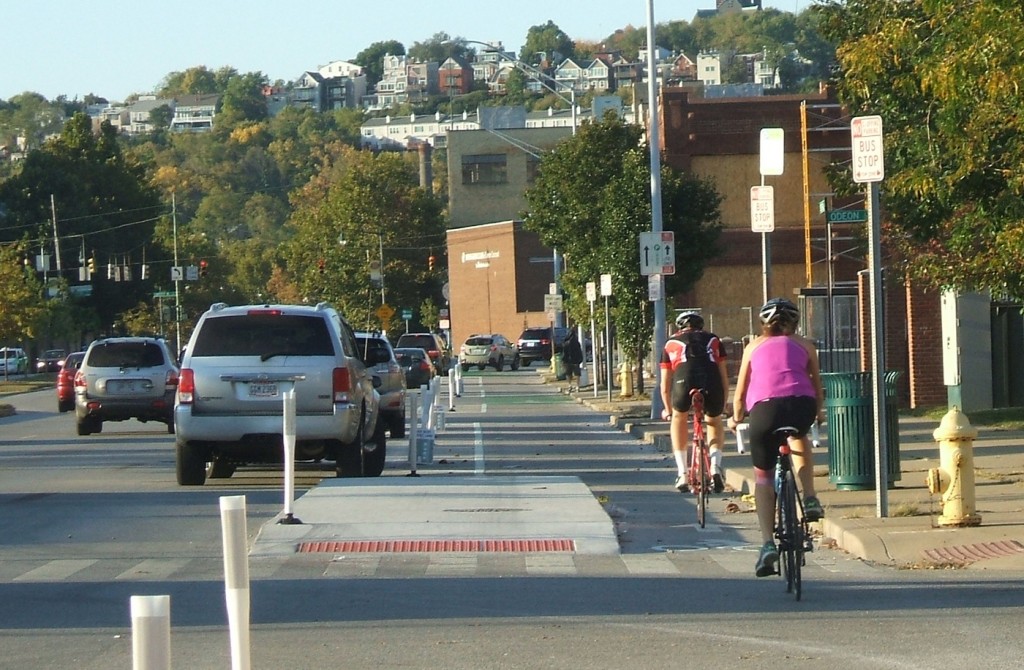 The growth of Cincinnati’s bike culture has attracted national and even international attention over recent months. While much of the attention has been paid to the growth in ridership and use of Red Bike, less focus has been on the more intangible growth of the various support industries and groups helping fuel the change.

In the third episode of Mobile Cyclist, a web-based TV series focused on bicycling culture across the United States, host Anthony Barr explores the Queen City. In the nearly 13-minute video Barr takes viewers to a collection of bicycle friendly destinations that help shed some light on the region’s bike scene.

He first stops at Velocity Bike & Bean in Florence, where he tries some coffee and talks to the owners. Then he visits the Cincinnati Bike Center at Smale Riverfront Park to discuss how it operates, and how its bike rental services differ from those offered by Red Bike. Following that, Barr stops to speak with the ever-present Frank Henson from Queen City Bike, before making his way to Element Cycles in Hyde Park to check out their art work and bamboo bikes.

The last stop on his tour takes him to Fifty West Brewing where he learns about the Little Miami Scenic Trail and Oasis Trail, along with their bicycle friendly brew called Radler.