“For too long, we’ve overlooked the economic and environmental benefits that our waterways and domestic seaports offer as a means of moving freight in this country,” said Secretary LaHood, speaking to transportation professionals at the North American Marine Highways & Logistics Conference in Baltimore, MD. “Moving goods on the water has many advantages: It reduces air pollution. It can help reduce gridlock by getting trucks off our busy surface corridors.”

In Cincinnati the Ohio River provides such opportunity allowing cargo to bypass the heavily congested Interstate-75 on its way to southern sea ports by taking the marine highway to ports located in New Orleans. When combined with shipping costs five times less on water than by freight truck, or three times less than freight rail, river port projects like the proposed Queensgate Terminals project become more and more attractive. 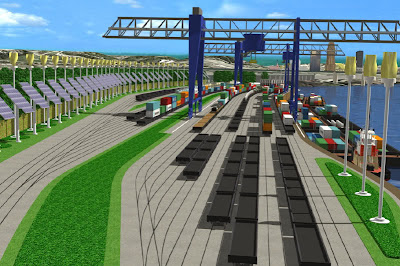 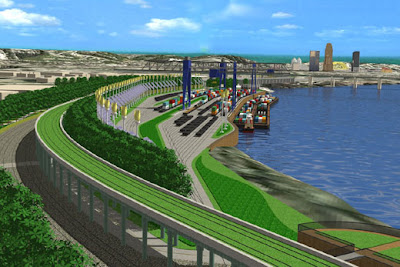 The new federal regulation will allow regional transportation officials to apply to have specific transportation corridors or projects designated by the DOT as part of a marine highway. Such a designation would result in preferential treatment when it comes to future federal assistance from the DOT or MARAD.

“There are many places in our country where expanded use of marine transportation just makes sense,” said David Matsuda, Acting Administrator of the Maritime Administration. “It has so much potential to help our nation in many ways: reduced gridlock and greenhouse gases and more jobs for skilled mariners and shipbuilders.”

So far in 2010, Secretary LaHood has announced $58 million for the start-up or expansion of Marine Highway services awarded through the DOT’s TIGER grants program. Congress has also allocated an additional $7 million that will be awarded by MARAD later this year.

As the Federal looks to expand the usage of the nation’s Maritime Highways, Cincinnati is struggling to work out an arrangement for the development of the Queensgate Terminals project that would create a 31-acre, $26 million high-tech transfer facility along Cincinnati’s riverfront immediately west of the Central Business District. 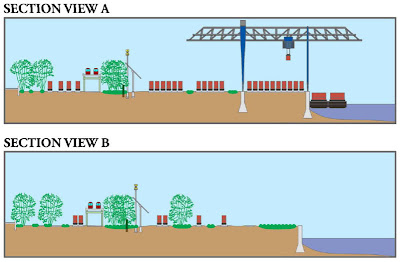 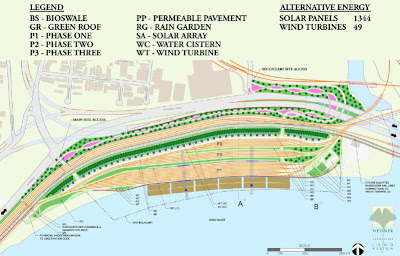 The project has been held up by a slew of public resistance from west side residents, and a litany of legal troubles surrounding the sale of the land. A recent settlement forced the City of Cincinnati to deposit $1.68 million into a court escrow account for the losses incurred by the developer since September 2005 after the City had agreed to sell the property, then retracted the sale agreement.

The legal and political battles have caused so much trouble in Cincinnati that the whole project may in fact be in jeopardy. During this time the State of Ohio has pledged $9.5 million towards the proposed South Point barge terminal further upriver in Lawrence County – a move that could place potential funds for a Cincinnati barge terminal in limbo.

In an economy moving cargo shipment off of the roads, and onto trains and barges, Cincinnati may miss capitalizing on its central and prominent location along rail and water corridors, and may continue to overlook the environmental and economic benefits the Ohio River provides.