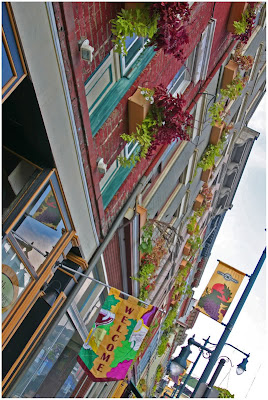 For many people Findlay Market is a frequent destination year round, but when the weather becomes warmer there is just something different at the historic market. There are more vendors, more patrons, more events and just an overall more festive atmosphere and sense of camaraderie. As it stands, Ohio’s oldest open air market serves as the weekend activity epicenter in Over-the Rhine, and up until a couple of years ago, the one thing the market lacked was somewhere for patrons to gather and easily engage in conversation. Sure you see familiar vendors and friends in the aisle of the market house, or you may grab a coffee and take a seat at an available table, but nowhere could you go to satisfy the yearn to truly interact.

Thankfully Market Wines has provided this piece of the puzzle. Aside from the carefully selected retail offerings of wine and craft beers to take home and pair with your next meal, their weekend wine and beer tastings inside the cozy space offer an inviting venue to take a break from the task of shopping and actually become part of the Findlay Market experience.

Having just celebrated a two-year anniversary and fresh off a Best of Cincinnati award for “Best Wine Tasting” in the city, Market Wines is switching gears from wine to its other focus this Saturday. Teaming up with local beer connoisseur Gregg Wilson, for $5 Market Wines proprietor Mike Maxwell is offering a delicious assortment of five hand-crafted brews to taste from 11am to 3pm.

The tastings add a different dynamic to the market Maxwell notes, “Often times customers come in to just to do a tasting, but by the time they leave they have found themselves discussing wine, food, beer, current events and even politics with people whom 10 minutes prior were complete strangers. It is such an added dimension to your Findlay Market visit that helps build the sense of community that we are all striving for in Cincinnati and OTR.”

Aside from helping build relationships on the personal level, it seems as though it also helps build synergies between the Findlay Market business owners. Multiple vendors such as Kroeger & Sons Meats, Taste Of Belgium, and Dojo Gelato pop into Maxwell’s store to buy craft beer to use in their respective treats such as beer brats, crepes and….you guessed it, gelato.

When Market Wines first opened, most of the sales were driven by already existing Findlay Market customers willing to support the new kid on the block. Since then however, Maxwell has seen an increasing number of customers come down specifically for wine and beer tastings having never before stepped foot in Over-the Rhine. By the time they leave they are a fan for life, most re-visiting on a weekly basis for groceries, and of course those wonderful tastings. Maxwell couldn’t be happier, “It’s great to feel like we are really adding to the market and pulling our own weight.” 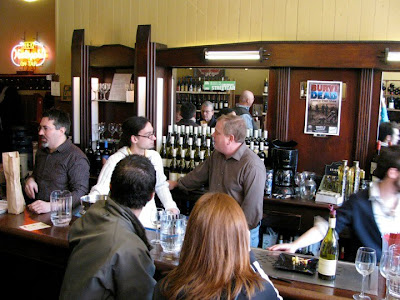 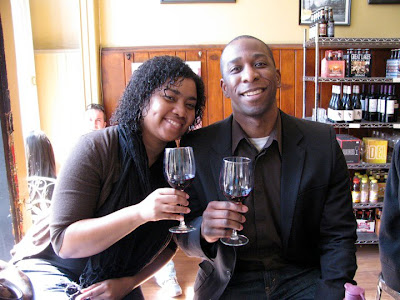 This Saturday’s tasting will begin with a few lighter bodied and easier drinking beers. “Hopsun” is a delicious, dry-hopped summer wheat from Southern Tier Brewing Company in Lakewood, NY, followed by Marshall, MI-based Dark Horse Brewing Company’s “Raspberry Ale”, a very easy drinking ale with a hint of real raspberries and then “Combined Harvest” from Batemans Brewery, located in Lincolnshire, UK and representing the only imported beer of the day. This ale is brewed as a “multi-grain” beer with Barley, Oats, Wheat and Rye as opposed to just the malted barley used in most.

The flavor profiles will then take a step up into a couple of richer beers, starting with the “Slam Dunkel” Weizenbock and its bready notes of banana and clove, from Weyerbacher Brewing in Easton, PA, then moving into the crowning achievement of the day, with Avery Brewing’s yearly release of the highly regarded “Maharaja” Imperial IPA. Savor every sip of this regal ale and all of its intense hop goodness, but be aware of its potency at over 10% Alcohol by Volume (ABV).

The tasting is open to the public and will run from 11am to 3pm at Market Wines’ location at historic Findlay Market (map) which is open from 8am to 6pm every Saturday. Whether you are already headed to Findlay Market, or if you are still looking for something to bide your time, head down to Market Wines and engage yourself. Cheers!