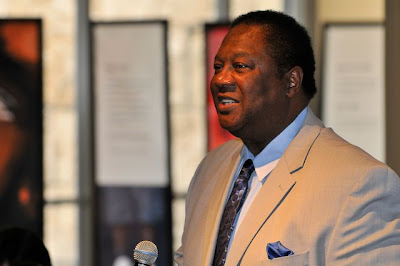 At 10am this morning local political, business and community leaders gathered at the National Underground Railroad Freedom Center in downtown Cincinnati to celebrate the announcement that the National Conference of Black Mayors (NCBM) Convention will be coming to Cincinnati this May. Cincinnati Mayor Mark Mallory is a member of the NCBM and will be serving as the official host for the convention when it comes to town May 12-16.

“We are looking forward to our time in Cincinnati,” said George L. Grace, National Conference of Black Mayors President and Mayor of St. Gabriel, Louisiana. “Cincinnati has a rich history in the civil rights movement and has made extraordinary strides under Mayor Mark Mallory to establish itself as a vanguard city for diversity and multicultural awareness and leadership. This is the perfect time and place for our organization to bring together its members, and we look forward to the important work that will be done at our Annual Convention next month.”

The NCBM Convention is planned to coordinate with Major League Baseball’s (MLB) 2010 Civil Rights Game that will, for the second consecutive year, be held in Cincinnati. This year’s Civil Rights Game will take place on Saturday, May 15 at Great American Ball Park between the Cincinnati Reds and the St. Louis Cardinals. Last year’s game left MLB Commissioner Bud Selig very impressed with Cincinnati’s ability to host prominent events such as this national showcase game that includes festivities throughout the weekend. At this year’s game MLB will pay tribute to Willie Mays, Billie Jean King and Harry Belafonte.

“This convention will focus on providing tangible solutions, best practice models and innovative strategies to resolve some of the universal challenges that local elected officials face on the ground,” said National Conference of Black Mayors Executive Director Vanessa R. Williams. “We have gathered a diverse spectrum of leaders who have successfully tackled these problems to participate in this year’s convention.” 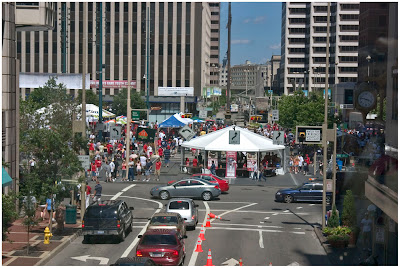 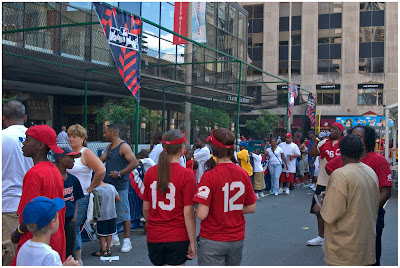 The NCBM Convention will focus its attention on two primary topics this year that are meant to help resolve the challenges facing communities around the nation. Thursday will focus on Human Rights and will cover a range of topics including health care, public safety and housing. Friday’s session will focus on Green Economic Development and cover topics including workforce development, infrastructure and environmental justice.

The convention is one of a recent string of prestigious multicultural conventions to select Cincinnati as their host including the NAACP and National Baptist conventions in 2008, the Gospel Music Workshop of America in 2010, the League of United Latin American Citizens in 2011, and the World Choir Games in 2012.

“As a member, it’s very gratifying to bring the 2010 Annual Convention home to Cincinnati,” said Mayor Mark Mallory. “The convention brings visitors and revenue to our city, but more importantly, it brings an esteemed group of more than 700 men and women who are actively working to make our cities better.”