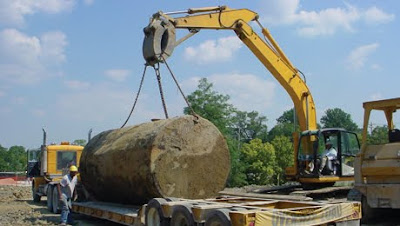 The U.S. Environmental Protection Agency announced yesterday that the Port Authority of Greater Cincinnati has been awarded a $1 million grant that will be used to investigate contaminated properties throughout Hamilton County referred to as brownfields.

Brownfield sites are more problematic to redevelop due to the contamination of the site that is often very costly and time consuming to clean. As a result it is quite typical that government agencies assist in such remediation processes in the form of financial assistance or liability deferral. Most recently the City of Cincinnati pledged to assist Boston Beer Company in its expansion efforts that include the redevelopment of a contaminated property adjacent to their existing West End operations.

“Returning brownfield sites to productive use has tremendous benefits for Cincinnati and Hamilton County,” said Port Authority President Kim Satzger. “A clean site is an enduring contribution to our environment and our economy.”

The collaborative effort between the Port Authority, City of Cincinnati and Hamilton County will focus on priority areas identified in the GO Cincinnati report including the Mill Creek Corridor, Madison Road Corridor and Seymour/Reading Road Corridor.

“As Greater Cincinnati’s industrial base declined, many Hamilton County communities were left with a legacy of abandoned and underutilized properties,” said Christine Russell, Director of Brownfield Development at the Port Authority who believes that the grant money offers an opportunity to continue to redevelop affected properties throughout the county.

According to the Port Authority, since 2001 it has worked on nine brownfield sites in Hamilton County, returned 157 acres of land to productive use, removed over 80,000 tons of contaminated soil, captured nearly 384,000 gallons of polluted water, recycled more than 1.7 million tons of steel and over 164,000 tons of concrete. Port Authority officials estimate that these projects have resulted in a $1.35 billion annual economic impact and supported 13,793 jobs.