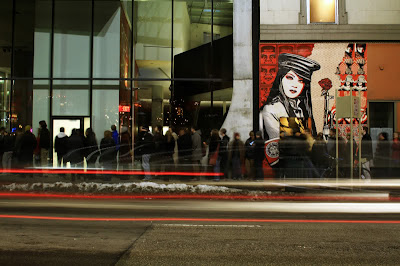 This Friday night marks the return of all things MidPoint to Cincinnati’s urban core. It seems hard to believe that the 2009 version of MidPoint Music Festival is already seven months behind us, but it is. It also seems like just yesterday that bands like The Heartless Bastards and Chairlift were filling the tent in the parking lot at Grammer’s, and that acts were packing smaller venues like the Havana Martini Club and Mainstay throughout the course of a rainy September weekend. In any case, while the 2010 version of MPMF is a full five months away, MidPoint organizer Dan McCabe and his team have been very busy getting everything organized.

One such event upcoming is the 2010 Reveal Showcase being held at the Black Box at the Contemporary Arts Center in downtown Cincinnati. Tickets to the showcase starting at 8pm will cost $10 (tickets also available at the door). The event will feature three up-and-coming bands: The Buried Wires, Cincinnati’s own Pomegranates, and Aloha which will be headlining the event.

McCabe has been most proud about how MPMF has brought such a positive music experience to all of the attendees. Since 2008 attendance has increased at the music festival a whopping 27%. And while last year’s festival was widely publicized for the programming debacle at Cadillac Ranch, at the end of the festival, McCabe pointed out how in the year that historic Over-the-Rhine was dubiously listed as America’s most dangerous neighborhood, MPMF went off without incident. He attributed this to a close relationship with businesses, a great crowd that is there to experience the music and a strong working relationship with District One of the Cincinnati Police Department.

With the biggest stage right in the heart of OTR at Grammer’s, many music lovers walked from the historic neighborhood to the Central Business District and vice versa. Without question, MPMF has had a positive impact on the community and the perception many concert goers may have had about OTR prior to visiting. Instead of reading the headlines and being scared away, everyone enjoyed themselves safely even if they had to dodge a few raindrops over the course of the weekend. 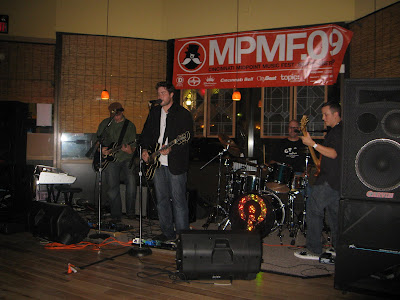 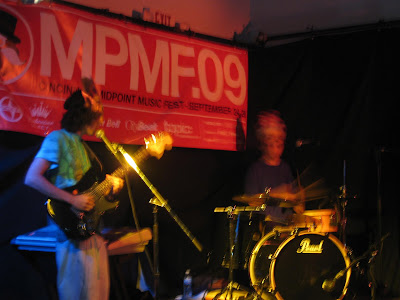 While some businesses stayed open longer hours during 2009, the hope from MPMF organizers is that all of downtown will benefit from the music lovers roaming the streets for three consecutive days and even more businesses will find a way to partake this year through extended hours, specials or by partnering with the music festival in some way.

This year’s festival will include even more bands than last year’s record of 270. The success of last year’s expansion has given MPMF increased credibility which McCabe has described as being “embraced by the industry.”

2010 is currently shaping up to be the biggest year in the festival’s history with a hope of bringing in 350 acts. So far this year, submissions are about on pace with last year’s where roughly 1,000 different acts submitted material for consideration. It is fully expected that 2010 will also push, if not exceed, the same number by the time the deadline comes around Friday, May 14.

For the immediate future though, this Friday’s Reveal Showcase will offer up an opportunity for those interested to learn more about all things MidPoint. Aside from the show, there will be announcements regarding some of the acts already confirmed for MPMF 2010, an unveiling of the venues for the festival this fall, the new MPMF website will be launched and the full line-up will be revealed for the PNC MidPoint Indie Summer Series on Fountain Square.