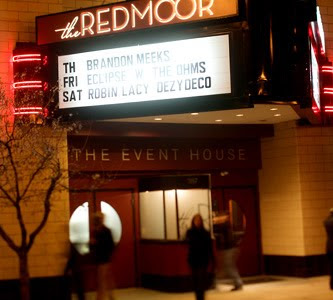 Looking for something a little different to do this Friday evening? Look no further than The Redmoor in Mt. Lookout Square for the Tie-Dye Ball which features two of Cincinnati’s longest running bands dedicated to playing the music of the 1960s. Not only should this evening be a step back in time, but it also benefits a great cause which is the Cincinnati organization, Play it Forward.

Play it Forward was founded by Gary Burbank, known famously for his stint on 700 WLW as the afternoon drive time host. Gary has many more passions in this world, one of which is music and so he helped found Play it Forward back in 2008. This organization attempts to help musicians in need by getting their story to the media as well manage an investment fund that will give them assistance in times of catastrophic need.

Doors open at 8pm this Friday night, with The Spookfloaters taking the stage at 9pm. Following at 11pm is Jerry’s Little Band. Both bands feature music from the likes of The Grateful Dead, Phish, The Rolling Stones, and Bob Dylan and to fit with the theme of the evening party goers are encouraged to wear their best tie-dye shirts as well as beads and their best dancing shoes.

In addition to the music Play it Forward will have some of their items for sale including the piece of Cincinnati history that is The Ludlow Garage Project Volume One CD, Ludlow Garage T-shirts, and the Play it Forward compilation CD. Additionally, there will be a raffle featuring many items donated by local businesses.

So, if you’d like to relive your past, or just take a step back in time, pony up $10 and check it out. With a portion of the proceeds benefiting such a great cause it’s hard not to want to crash the gates like they did back in 1969 at Woodstock.