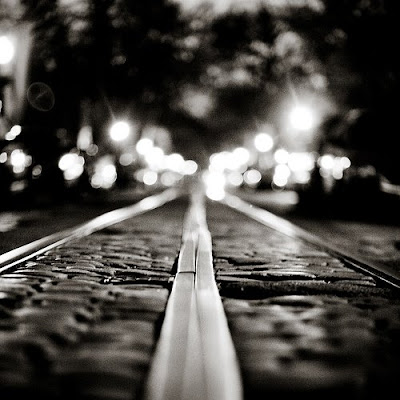 A week from today on July 14, the Southern Ohio Filmmakers Association and Cincinnati World Cinema will host a screening of the “eye-opening” documentary Taken For A Ride.

The film looks at the abrupt and widespread end to urban streetcar service in the United States. “The film uses investigative journalism, vintage archival footage and candid interviews to recount efforts by the auto and oil industries (led by General Motors) to buy and dismantle streetcar lines, tear out tracks and replace electric-driven vehicles with diesel buses.”

Director Jim Klein is a two-time Oscar nominee and professor at Wright State University just up I-75 in Dayton. Klein will be at the screening to discuss the film following its screening. The evening will also include a pre-show reception and social hour at Covington’s Carnegie Visual & Performing Arts Center (as seen on MTV’s Taking the Stage).

Event organizers say that at the same time as these corporate moves, Congress was heavily funding urban highways that set the course for “deep social and environmental changes” tied to the nation’s transportation choices. Organizers go on to say that the timing is important for Cincinnatians given the recent bankruptcy of General Motors and Cincinnati’s upcoming City Charter amendment regarding the future of passenger rail transit.

The pre-show reception will start at 6pm with the screening at 7pm. Tickets (order online) are $12 in advance and $15 at the door (plus $1 Carnegie facility fee) and the money will go to benefit the Southern Ohio Filmmakers Association.

If you are unable to make this first screening you’re in luck as a second screening will be held the following day also at 7pm. This screening will not include the reception or Director Jim Klein, but tickets (order online) will only cost $8 in advance and $10 at the door. Students and Arts members will also have $8 tickets available to them for this screening (valid ID required).