Over the 4th of July weekend, the last two remaining buildings came down in the long-stalled McMillan Park project. First it was the money, then it was the property holdouts, then the bad economy topped it all off. Throughout this process the project was pretty much scrapped and put on the back burner.

That is until the remaining properties were secured. That has happened…enter Towne Properties, a renewed interest from UC, a growing UC student population, and future connection point between the Uptown and Downtown streetcar lines and you have some serious momentum. 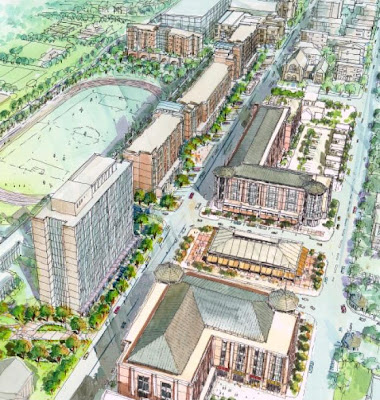 Some people have criticized the poor design of University Park (across the street), but I’m not sure anyone can complain about its impact on street activity along Calhoun Street. People can be found all over the place doing homework, eating, relaxing, and socializing. So what can be done across the street to compliment those activities and continue to expand upon them?

I think a pedestrian only Hartshorn Street (GoogleMap) would be great for large outdoor patio spaces (see Cadillac Ranch Downtown) that could also make for neat street vending opportunities for students (i.e. artwork, music, maybe even some performance type stuff).

Along with that, 8-10 story buildings would seem to work well. The first two floors should be built out to the street, and then setback for the remaining 6-8 stories…thus creating the opportunity for an amenity deck above the 2-level retail or town homes below. This would then create a new level of activity that would spill onto the street below, while also remaining semi-private for the residents above. What would you like to see? 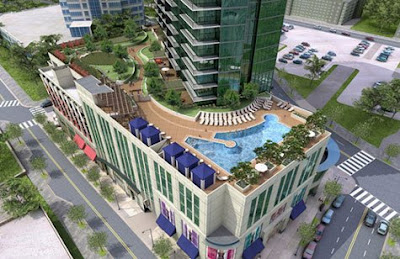