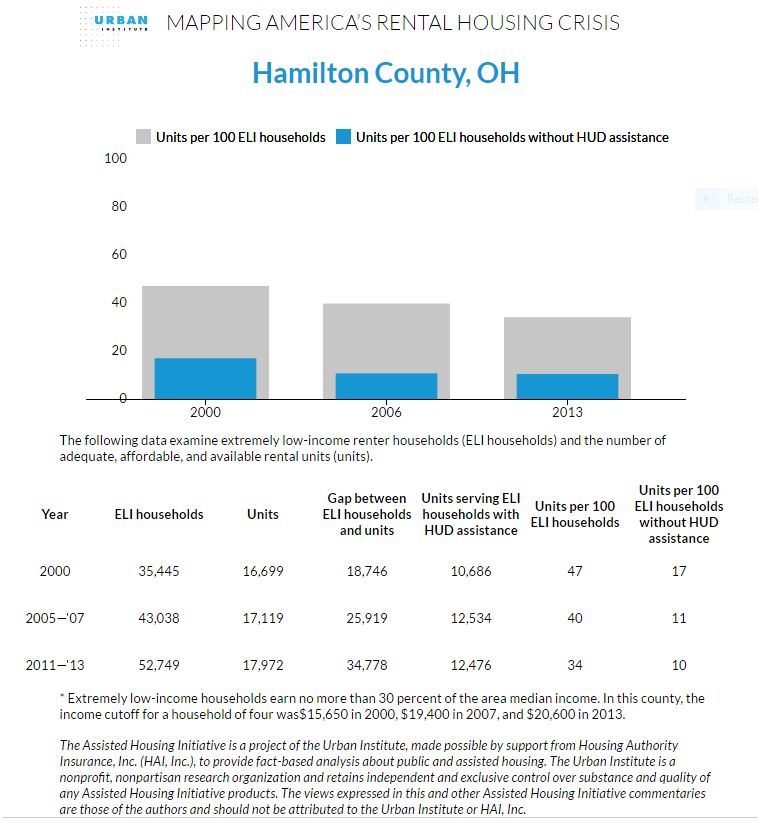 A December 2014 Salon article, using statistics from an April, 2013 Brookings Institute report shed light on an increasingly-present paradox in the American economy – America’s next generation of workers prefers urban living, but jobs tend to be decentralized and located far from most region’s urban center.

The pattern is more acute in Cincinnati than in most other metropolitan areas, where a robust urban turnaround has been taking place. Compared to the national average of 22.9%, only 17.7% of the region’s jobs were located within three miles of the CBD, which in Cincinnati’s case would also include Uptown. Furthermore, 52.8% of the region’s jobs, approximately 452,000, lie between 10 and 35 miles from downtown.

In the first decade of the new century, which was defined nationally by the huge job losses of the Great Recession, the Cincinnati region lost a total of 76,845 jobs. Of those, 67,122 were within 10 miles of the CBD. While total jobs declined 8.2%, the jobs within 10 to 35 miles of downtown Cincinnati increased 3.3%, with both other areas experiencing declines.

While these recent gains tend to buck the national trend, the Cincinnati region’s employment remains more sprawled than the average American metropolitan area. But while the region has fewer jobs than average within 10 miles its CBD, the Cincinnati region has more jobs within 10 to 35 miles than all but three Midwestern regions (Detroit – 77.4%, Chicago – 67.4%, St. Louis – 62.1%). Columbus and Cleveland come in at 35.4% and 46.5%, respectively.

What this seems to indicate is that Cincinnati has a lower reliance on jobs from manufacturing and agricultural industries than most of its Midwestern peers.

The Brookings Institute went on to find that the Great Recession stalled this trend across the board, as hard-hit industries like manufacturing and retail tend to be the most decentralized. Yet, from 2000 to 2010, 91 of the largest metropolitan areas in the nation saw the number of jobs within three miles of their CBD decline.

Washington, DC, which serves as a national economic outlier for its massive job and wage growth, was the only metropolitan area that saw downtown jobs rise as both a percentage and gross number.

Researchers say that the land-use and zoning policies of each metropolitan area affect the geographical characteristics of jobs within that area. While metropolitan areas with over 500,000 jobs tend to be more decentralized, large metropolitan regions like Chicago, Atlanta or Detroit include large secondary clusters of employment outside of their traditional downtown.

While talented young workers increasingly show their preference for walkable urban communities, jobs continue to decentralize throughout the United States. This distribution creates problems for the region in terms of building and maintaining infrastructure. It also does not bode well for more sprawled regions, like Cincinnati, in terms of being able to attract a new workforce to take the place of aging Baby Boomers.