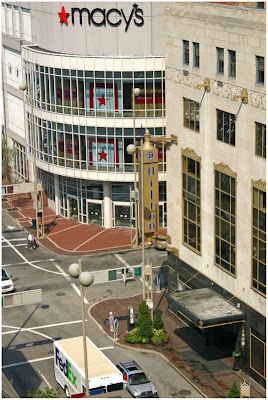 Mayor Mallory also likened downtown to an engine that is “hot and running well” at the Annual Member Meeting hosted by Downtown Cincinnati Inc. (DCI). The positive 2009 report identified several positive indicators during one of the most difficult economic years the nation has seen including:

The speakers focused on the importance of economic development in the greater downtown areas, each bringing a different viewpoint to the podium. Commissioner Hartmann spoke briefly about the importance of downtown to all of Hamilton County and the region, while using the casino development as a prime example of how to get the public excited and involved in the development process. Dr. LaVaughn Henry addressed the national economic recession and stated that while unemployment is still high here in Cincinnati and across the country, the rate of job loss is slowing and consumer confidence is on the rise. 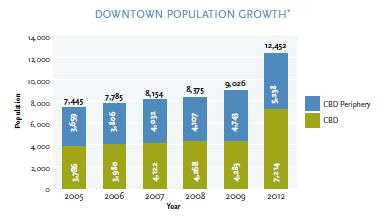 Downtown Cincinnati’s population has experienced steady population growth since 2005, and is expected to double by 2012 with the continued renovation of Over-the-Rhine and the opening of The Banks.

City Manager Milton Dohoney stressed the importance of taking risks, while also being cautious in our approach. His remarks on economic development revolved around the creation of new jobs, smarter land use, and partnership and investment in our community.

“Big steps equal big gains,” Dohoney commented in regards to taking risks. “We must work on expanding our tax base, while also proving that we are an inclusive community.”

Following the meeting, UrbanCincy caught up with DCI President David Ginsburg where he discussed the importance of projects like The Banks and the Broadway Commons Casino ultimately not becoming a single destination. Ginsburg also brought up the importance of “zoning flexibility” when it comes to downtown vacancy issues.

“Our primary role is to enhance downtown’s potential as a vibrant, clean and communal place that attracts employers, art, music and the creative class,” Ginsburg stated. “We must continue to improve downtown’s perception by getting more people downtown to witness the improvements firsthand. You wouldn’t buy a new car until you test drove it, so we need to get more people to test drive downtown.”