On Tuesday, February 16 the Over-the-Rhine Foundation and Brewery District are hosting a tour of Cincinnati’s famous brewing history followed by a five-course wild game dinner at Arnold’s Bar & Grill. 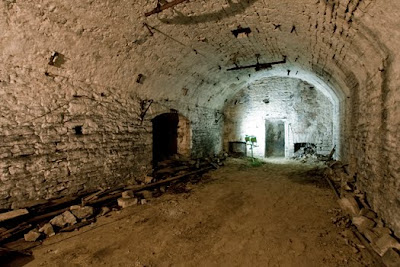 The tour will start at Arnold’s (map) at 5:30pm where buses will take groups around to two of Cincinnati’s former breweries in historic Over-the-Rhine. At the Kauffman Brewery tour-goers will learn about Cincinnati’s beer barons and have the opportunity to explore the underground lagering cellars deep beneath the building. From there tour-goers will be taken to the former Crown Brewery where they learn about Prohibition’s devastating impact on Cincinnati breweries and be the first members of the general public to visit the newly discovered lagering cellars and tunnel beneath McMicken Avenue that have been sealed off for 50 years.

After the brewery tours, the group will return to Arnold’s for a five-course wild game dinner where each course will be paired with a different beer. There will also be a special guest speaker discussing Over-the-Rhine and, of course, beer.

Organizers expect everything to be wrapped up by 9pm. Tickets are $95 and include everything for the tour, appetizers, five-course wild game dinner at Arnold’s, and beer. Tickets can be purchased online, and $80 of every ticket is tax-deductible and goes to support the Over-the-Rhine Foundation and Brewery District.