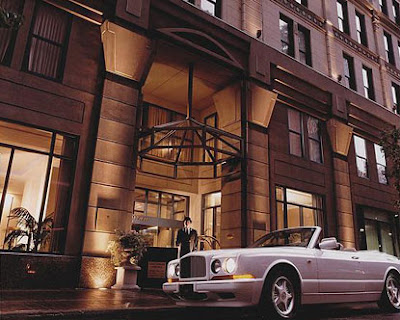 Cincinnati is one of five finalist cities across the world competing to land the Lions Clubs International 2015 convention that will bring with it an estimated 25,000 to 36,000 hotel room nights and an economic impact between $7.4 and $10.5 million.

Cincinnati is currently competing against Boston, Tampa, Honolulu and Manchester, England for the five day event in July 2015. The winner will be announced this April by Lions Clubs International.

“Reaching finalist status to host Lions Clubs International is a tremendous accomplishment in itself. They have narrowed their search to five great cities, and we are right up there with other top-shelf destinations,” said Dan Lincoln, President and Chief Executive Officer of the Cincinnati USA Convention and Visitors Bureau.

Lions Clubs International’s leadership is in Cincinnati now and will be touring the venues and hotels that would play host to the convention. During their three-day stay, Lions Clubs International leadership will meet with a variety of business and civic leaders in the Cincinnati region, and evaluate potential parade routes for the 2015 event. As part of the visit, Cincinnati leaders will present Lions officials with more than 5,000 pairs of eyeglasses that have been collected from throughout the region.

“This is particularly exciting given the recent selection of Cincinnati USA to host the World Choir Games in 2012,” said Lincoln. “We are succeeding in showing the nation and the world that Cincinnati USA is a welcoming, exciting and memorable destination prepared to host major convention groups.”