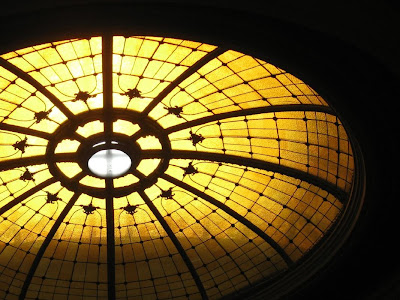 On Thursday, February 18 a unique trio of Broadway performers will take the stage to perform a “romantic, cabaret-style” evening of musical theatre at The Carnegie’s famous Otto M. Budig Theatre.

The performance begins at 7:30pm and will feature Teresa De Zarn, Mark Hardy, and Jessica Hendy on stage at the same time in a truly unique and rare performance. Between the three of the veteran Broadway performers they have taken curtain calls in premeir Broadway productions such as “CATS,” “Aida,” Titanic,” “Phantom of the Opera,” “A New Brain,” “The Secret Garden” and “Les Miserables.”

“Teresa, Jessica, and I are thrilled to be coming together to sing this music we love in such a warm performance space,” said Hardy. “Though we all spent years in New York working in the theatre, we all had to move to Cincinnati to get to work together.”

The show itself will feature romantic golden age selections from composers Cole Porter and George Gershwin, and will also include songs from several productions currently on Broadway. According to production coordinators, the three performers are also going to be playing off of each other with frequent duets and trios, offering up humorous stories from their audition experiences, and share rare music from shows that never got past the developmental stage.

It’s a pleasure for me to get to work with them – as well as pianist Mark Femia – and rehearsals have been so much fun that it certainly doesn’t feel like work. “It will be an evening of diverse songs and stories with classics as well as newer material. The thing about great Broadway songs is that they never age; some of the older songs feel like the freshest.”

Broadway Veterans in Concert is a one night only performance, so be sure to get your tickets ($15 to $18) early by visiting The Carnegie Box Office (map) Tuesday through Friday from 12pm to 5pm, calling (859) 957-1940, or by ordering online.

Interior photo from The Carnegie taken by elycefeliz.