In an aggressive attempt to improve upon the “C” grade received on its first-ever annual Bicycle Report Card, City leaders are looking at ways to incorporate bicycle facilities into the city’s larger transportation network. The most recent example can be seen along Dana Avenue in between Madison Road and Grigg Avenue (map) where the City incorporated dedicated bike lanes along a nearly one-mile stretch of roadway.

The stretch of Dana Avenue had at one point been bloated with unnecessary amount of vehicle lanes. As a result, the City took the opportunity to put Dana Avenue on a “road diet” when they began work repaving the road as a part of the City’s Street Rehabilitation Program. 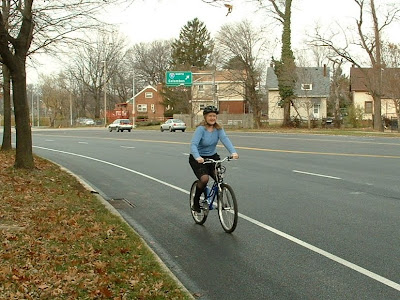 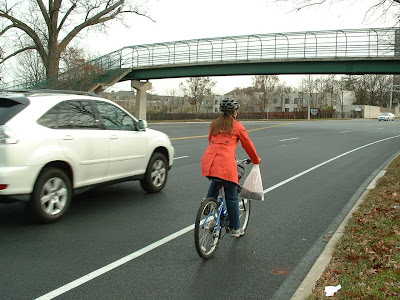 The road diet included the removal of two vehicle lanes and the addition of two striped, five-foot wide dedicated bicycle lanes. In instances like the Dana Avenue road project, City leaders saw it as a cost-effective way to quickly implement bicycle facilities without any disruption.

Cincinnati now boasts more than 8 miles of dedicated bike lanes throughout the city, with another 2.58 miles of sharrows along city streets. Another 340 miles of roadway is being studied as part of the Bike Plan process. Additional Street Rehabilitation and Transportation Design projects will also be evaluated during the design phase to see how bikes or pedestrians can be best included as well.