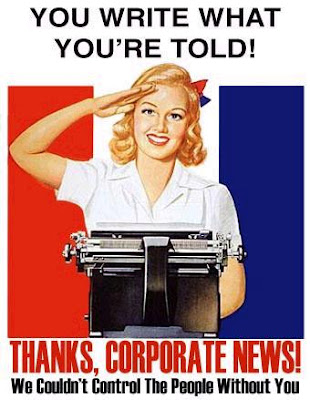 Is it possible that our local newspaper is being controlled in their coverage and commentary? Your first reaction would be to think absolutely not, but one must wonder given the recent trend of the Cincinnati Enquirer and its editorial board.

It is no secret that the newspaper industry is struggling and that a struggling enterprise will do just about anything to stay relevant. So when the majority of your consumers are those that live in suburbia you might just “tell them the stories they want to hear” as a former editor for the Cincinnati Enquirer described to me and my class at the University of Cincinnati.

The response was to a question of mine about their negative slant towards inner-city stories and their positive slant towards suburban stories. I asked why the most mundane stories about suburbia are portrayed as being the next greatest thing for the region, and how stories of greater magnitude are not even covered when they are located in the city.

This was several years ago and at the time I was somewhat shocked to hear the candid response that took little to no effort to regurgitate, and as I have continued my involvement I have seen this trend develop even further.

The most recent and obvious examples have to deal with the modern Cincinnati Streetcar proposal and the Anti-Passenger Rail Amendment that has been put forth by the local chapter of the National Association for the Advancement of Colored People (NAACP) and Citizens Opposed to Additional Spending and Taxes (COAST).

Within the past week the Enquirer ran a story announcing that the NAACP/COAST coalition had gained enough signatures to put the Anti-Passenger Rail Amendment on the ballot (nothing wrong there). As a result of the campaign kicking off to a certain degree, several individuals and organizations opposed to that Anti-Passenger Rail Amendment requested that the Enquirer use correct terminology and data in their articles relating to the issue.

Two items in particular were the cost/scope of the proposed streetcar project, and the scope and terminology of the proposed City Charter amendment. While reporters had consistently referred to the project as being $185 million (which would be far beyond a streetcar running through Downtown and OTR, and is not what was approved by City Council for the streetcars funding plan – that number is $128 million for a Downtown/OTR circulator with an Uptown connector), it seemed as though some of the Enquirer’s columnists did not get the memo as $200 million (a number made up by those pushing the Anti-Passenger Rail Amendment) was cited in a recent column.

Furthermore, the Enquirer was consistently referring to the proposed amendment that would prohibit the City from spending “any monies for right-of-way, acquisition or construction of improvements for passenger rail transportation” as the “streetcar issue” or “streetcar amendment.” As Brad Thomas pointed out:

The response from the Enquirer was deafening. Over the weekend the editorial board decided to run a story on the Riverfront Transit Center as being a “waste of money” (an item first brought up by Anti-Passenger Rail Amendment backer Tom Luken). In the story the Enquirer spoke with someone from COAST and Metro. In a non-subjective article they should have also requested comment from someone with a pro-transit agenda to counterbalance the opinions of COAST who also opposed the 2002 regional transit plan. Metro was able to provide the raw data on the matter and correct the false numbers that COAST was using to define the capital costs of the Transit Center (sound familiar).

This was followed up by a piece that incorrectly cited the streetcar would operate with a $3.5 million annual deficit. This number is of course assuming that there would be zero dollars in fares generated and is also a talking point used by the NAACP/COAST coalition to spread falsehoods and mislead people about this one project that would be affected by the all-encompassing Anti-Passenger Rail Amendment.

Normally I would not draw a correlation here given my “viciously optimistic” outlook on life, but a couple recent Cincinnati Enquirer actions made me feel differently.

On Thursday, July 3 I tweeted that Enquirer Editor & Vice President of Content and Audience Development, Tom Callinan, blocked me from following his account – a move specifically taken towards me and specifically initiated by Callinan or whoever he has running his Twitter account. But why?

Well earlier in the week I responded to what I considered a column that used reckless disregard for the truth regarding the streetcar proposal. I sent an email to Mr. Peter Bronson and pointed out what I found to be intentionally false and asked him to adhere to Gannett’s (owner of Cincinnati Enquirer) stated Code of Ethics when it comes to writing columns. His response was rather callous and it was obvious that I struck a chord.

In the end what we are dealing with here is an amendment to the City Charter (City’s equivalent to the Constitution) that would prohibit the City from spending any money on ANY passenger rail project. That would include the proposed 3-C Corridor high-speed rail plan that would have Ohioans riding from Cincinnati, to Dayton, to Columbus, to Cleveland with stops in between at 110mph within 5 years and the larger Midwest Rail Initiative that would do the same but also connect Cincinnati to Indianapolis, Chicago and beyond. It would also include the proposed Eastern Corridor Project that would provide a rail link between Cincinnati’s eastern suburbs with the Central Business District.

You do not have to like the Cincinnati Streetcar project to dislike this Anti-Passenger Rail Amendment for several reasons, and that is why it has a bipartisan coalition of opponents including 16 of 18 endorsed candidates running for City Council (Democrats, Republicans and Charterites), the Mayor, the Cincinnati USA Regional Chamber of Commerce, the Alliance for Regional Transit, Cincinnatians For Progress and All Aboard Ohio to name a few.

I do not have a problem with dissent, what I have a problem with is misleading the public. The Enquirer has a responsibility to cover the news subjectively and to provide the most accurate information possible to their roughly 200,000+ daily readers and nearly 300,000 Sunday readers. When disregard for the truth is employed by the media, then we have very little else to rely on when it comes to informing the electorate. It is not a fair game when you have the cards stacked against you like that and I hope that the Enquirer takes this opportunity to right the ship and start using accurate information with equal representation from both parties revolving around this Anti-Passenger Rail Amendment Cincinnatians will be voting on this November.

Additional reading:
More lies from Jason Gloyd and COAST by The Phony Coney