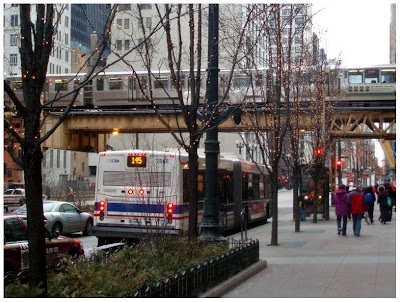 Currently, local, state and federal governments pay for highways. Adding another option (or several options) will create competition for the monopolistic version of transportation we currently have.

Recently, conservative intellectual George Will wrote a scathing article in Newsweek bemoaning the government’s role in transportation planning as demonstration of the liberal agenda to control behavior and curb freedom. In the article, he bashes Transportation Secretary Ray LaHood for promoting transportation options, insinuating that it is not the American way to give people options.

Mr. Will dismisses the government’s role in developing the Interstate Highway system, and blatantly ignored the FHA’s role in subsidizing single-family homes outside the center city. Not only did the government coerce suburbanization by helping to pay for the homes there, they also (quite literally) paved the way to get there. And now, conservatives have the audacity to claim that increasing transportation options will limit the personal choice to drive a car, or…drive a car.

LaHood responded to Will directly, saying at the National Press Club: “We have to create opportunities for people who want to ride a bike or walk or take a streetcar.”

The Transportation Secretary does not advocate that people ought to be living one place or another, or commuting using one method over another, he simply advocates that for far too long, there hasn’t really been a choice.

An increase in transportation options does not limit freedom, but expands it. It does not stifle the free market, but allows increased competition. And that is something we all can live with.