It was announced last week that there is yet another movement to legalize casino gaming in Ohio. The difference with this proposal is its scope. Instead of a single casino for the entire state, casinos would instead be placed in each of the state’s largest cities (Cincinnati, Cleveland, Columbus and Toledo).

The intent is to reach a larger market and have broader voter appeal come November. In Cincinnati the proposal has already picked up some high-profile support in Mayor Mark Mallory, City Councilman Jeff Berding and former Mayor Charlie Luken.

The site for the proposed casino is the pipe-dream location that is Broadway Commons (GoogleMap). The site is located in the Pendleton sub-neighborhood of historic Over-the-Rhine. Its close proximity to Downtown, the convention center, several museums, gobs of hotel rooms and major tourism draws like the Reds and Bengals have long made the site a prime spot for redevelopment speculation (streetcar connectivity).

The question is what is right for such a prime location? Seems like a pretty subjective question, and it is. In the 90’s many people (including myself) thought the site would have been a perfect location for the new Reds ballpark. Other ideas have ranged from urban big-box stores, a mega park, rail transit hub and of course the mixed use urban infill that we would all love to see. 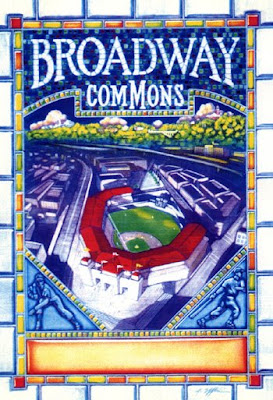 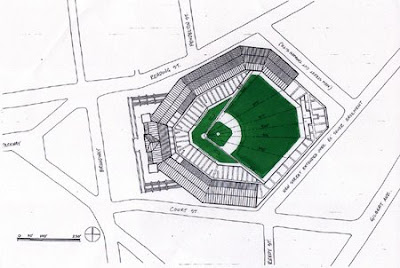 Plans for the once proposed ballpark at Broadway Commons

The problem of course has been market reality. With a slew of new condos and apartments constantly coming on the market in Downtown, Over-the-Rhine, Newport, Covington and the Westend – can we really absorb more residential units, hotels, office and retail space, if so at what cost? Does it jeopardize the future success in OTR, Downtown and The Banks? Will Cincinnati ever push the rail transit agenda and make light rail, streetcars and high-speed rail reality here, if so can we afford to wait that long to redevelop this major site sitting unproductive?

The owners (Chavez Properties), of Broadway Commons, seem to be ready and willing to sell and they are on board with this casino plan. A casino would turn the giant surface lot into a tax productive use, create hundreds of permanent jobs, significantly boost tax revenues for Cincinnati and Hamilton County and potentially create some spinoff investment in the surrounding community.

At the same time the casino would seemingly prey on those with less, create a handful of social problems for a city that already has its fair share, possibly create an island development that encourages its patrons not to leave the confines and potentially insert an out-of-place building and design into one of the nation’s largest and most important historical districts. 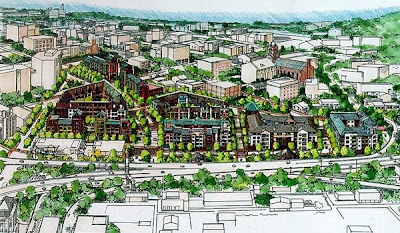 My preference would be for a rail transit hub with mixed use development. Another ideal scenario would be to develop the site as a high-tech business hub that would capitalize off of the proximity to both Downtown and Uptown with its hospitals and universities. At the same time I do realize the need to develop this site into something productive. So I’m decidedly undecided on the issue. Can anyone sway me one way or another?

If you’re in favor of this proposal feel free to sign the online petition.