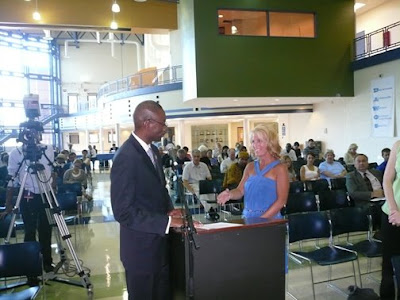 Mayor Mallory has scheduled a 2pm press conference where he will announce that Cincinnati has landed the 6th Annual Next Leaders Summit (formerly called the YP Summit). The convention will be held at the Duke Energy Convention Center downtown and take place during Oktoberfest week – September 17th – 19th.

The Next Leaders Summit is “dedicated to dialogue, experimentation and best practice sharing from within and outside the Young Professionals movement.” The Summit will bring in Young Professionals, and leaders in the YP community, from all over the nation.

The two-day plus conference will provide the next wave of leaders a chance to learn, engage and interact with national and local leaders, and socialize at after hours events throughout Cincinnati. The Summit is sponsored by Next Generation Consulting and hosted by Mayor Mallory’s Young Professionals Kitchen Cabinet (YPKC), who had the honor of being awarded the YPO “Best Practices” Award at last year’s Summit in Florida.