After a long and tiring campaign, Cincinnatians cast their votes and made it loud and clear that they are supportive of passenger rail in Cincinnati. With all the votes in, Issue 9 has been defeated 56.2% to 43.8%.

But in a night of many important issues, Cincinnatians showed their support for strong public assets even during tough economic times. Levies for the Cincinnati Museum Center, Cincinnati/Hamilton County Public Library System, and Cincinnati Public Schools all passed along with others. Mayor Mallory won his reelection bid and the Anti-Passenger Rail Amendment was defeated.

Be sure to get out and vote today regardless of your political leanings or beliefs. This election is an extremely important one for Cincinnati as voters decide on the fate of the City’s Water Works department, whether or not passenger rail transportation is something we support or place additional red tape around, whether we want casinos in Ohio and one at Broadway Commons, whether we want to provide funding for the Cincinnati Museum Center and our public library system.

It’s no secret that those of us here at UrbanCincy feel strongly about many of these issues, but most notably, we urge you to VOTE NO ON ISSUE 9. The passage of Issue 9 will create additional red tape and government inefficiencies. It will cost taxpayers money and leave Cincinnati out of the loop for key federal funding cycles.

The polls are open from 6:30am to 7:30pm. Find your polling location here. Go out and support a local business as you watch the results come in. Grammer’s will be updating results live, and Arnold’s Bar & Grill will be the official election night party for Cincinnatians for Progress and the No on 9 campaign. 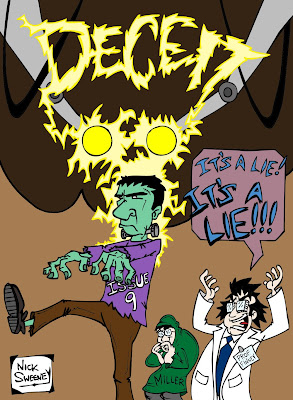 On Friday, October 30 you are invited to join UrbanCincy at Neon’s Unplugged for the Don’t Be Tricked, Vote No on Issue 9 Party. At the party will be a variety of local celebrities, drinks provided by Christian Moerlein, food from Kroeger & Sons Meats, live music Jim Kennedy, bocce ball, and much more.

The festivities start at 6pm and will last until 1am. There is no cover to get in, but food and drinks are cash only. Please come out and support Cincinnati by showing your opposition to the Anti-Passenger Rail Amendment Cincinnatians will be voting on this Tuesday, November 3.

Issue 9 may end up being a tricky one for Cincinnati voters given the broad wording used and the unclear meaning of what a no and a yes vote mean. Issue 9 proponent Chris Smitherman might have said it best on the very ballot language he helped craft with his buddies at COAST.

“This is nothing short of madness and political corruption. There is no explanation for a Yes meaning No and a No meaning Yes. This is not a tradition, but an attempt to trick voters.”

Don’t be tricked. Vote no on Issue 9 this Tuesday, November 3rd and help keep Cincinnati moving forward. Cincinnati does not need any more red tape of confusing Charter language. Feel free to come in costume if you would like. The party is a come and go as you please event. Please tell your friends and make it part of your Friday night plans.