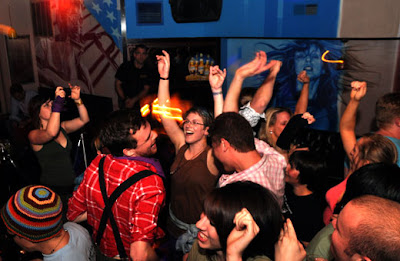 It is not very often that the Cincinnati Enquirer does a story on regionalism. To get more than one on the same day – now that is impressive! The Enquirer identified how the Greater Cincinnati region’s fire service is broken due to gaps and overlaps in fire coverage. Fire departments in the region are unevenly spread, leaving many areas heavily overlapping each other, while some are not as covered as they should be. This would make one think that a more regional fire department could more efficiently provide fire protection to the region.

With the economy slowing down, communities are looking for ways to cut costs. Merging certain fire departments that are redundant in location can increase efficiency without compromising the service and response times. Fire department consolidation is beginning to pick up momentum. For example, CCR has been working with the Village of Mariemont on merging its fire department with the Little Miami Joint Fire and Rescue District (part of Columbia Township, the Village of Fairfax, and the Village of Newtown). The fire chief of Mariemont is nearing retirement and the two current fire stations are almost a stone’s throw away. The merge opportunity coincides with the construction of a new fire station in the near future. Other communities have already taken this initiative and merged fire departments, such as Indian Hill-Madeira and Deer Park-Silverton.

In the current climate where regional cooperation or shared services can elicit a knee jerk reaction, opportunities like retirements, new local leadership, or financial stress still are the primary catalysts for change.

But that’s not all! There are some other major catalysts for “common sense” mergers. In the last biennial budget bill, the State of Ohio created a fund that jurisdictions can use to complete studies dealing with local government efficiency. The Government Efficiency and Cooperation Project (GCEP) has applied for these funds through the Center for Local Government a non-profit organization designed to improve public service delivery. The Center wants to study the possibility of sharing local government services around Tax Administration, 911 Communications, Public Health, Heavy Equipment Maintenance and Use and Building Code Enforcement. Mariemont (with assistance from CCR) also applied for these funds to finalize studies dealing with the fire department merger with the Little Miami Joint Fire and Rescue District.

Other efforts are underway to give this entire movement lasting staying power. The Ohio Commission on Local Government Reform and Collaboration is a fifteen-member group that was created by House Bill 562 Section 701.20. The Commission will not only look at ways to restructure and streamline local government but examine the services that are better provided at state or regional levels and even considering legislative changes to enable efficiencies and cost savings. At the regional level, Agenda 360 is looking for ways to take the work of GCEP beyond Hamilton County and into Butler, Clermont and Warren Counties.

Regionalism truly is picking up momentum in Greater Cincinnati and the potential benefits are huge. Rightsizing the number of engine companies in Hamilton County is estimated to save $21 million just in equipment costs alone. Applying these savings to rebuilding local infrastructure or lowering tax rates can make us more competitive both locally and regionally with the rest of the world. 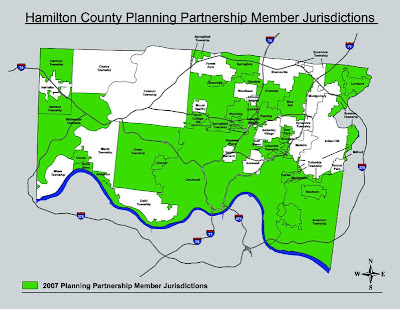 In October 2004, Steve Johns became the Executive Director of Citizens for Civic Renewal – a ten year old non-profit dedicated to empowering citizens and serving as a catalyst for civic action in Greater Cincinnati. Steve has previously worked for planning agencies in Maryland, Ohio, Alabama and Texas. Overtime Steve has become more and more interested in public relations’ role in engaging citizens and challenging them to create plans for the future.

Steve counts as one of his greatest accomplishments the Electronic Town Hall Meeting held for Hamilton County’s Community COMPASS (Comprehensive Master Plan And StrategieS) where over 1,000 people participated in an all day strategic planning meeting. Steve now lives in Hyde Park with his wife, Kristen and two daughters.