It was exactly one year ago today that I published my first UrbanCincy post. It was a riveting piece to be sure, about the Cincy Beer Fest that was being held in <gasp!> Covington, KY. I had long been a resident of the Cincinnati area, always to the north of the river, but a move about two years prior into the Covington portion of our urban core had really helped me start to see our area in a different light. So the fact that my first UrbanCincy post captured what some considered to be a poorly named festival actually made total sense to me. It was a uniquely Cincinnati event that happened to stretch a few blocks south of the Ohio River, just as I had myself.

After spending many years on the sidelines and being a mostly passive member of the community, getting started helping with UrbanCincy gave me a chance to explore the world around me in a new and unique way. Having a part in the story telling of the rebirth of Cincinnati is not only something I take great pride in, it is something that has exponentially increased my passion for the Queen City. In these parts, depending on who you listen to, or who you read, it is easy to get bogged down in a lot of negativity about our fair city. I believe though, that the reality of the situation is quite different, and I am not alone. In fact, there is a growing group of energetic people involved in making Cincinnati a great place to live, work and play and UrbanCincy put me on the path to finding them.

As UrbanCincy has helped rekindle my passion about Cincinnati, it has also helped me become more involved with the community. As you know we are in favor of rail transit as urban development, so I spent time volunteering with Cincinnatians for Progress. We are passionate about activity in the urban core, so I played in the Fountain Square Broomball League. We are of course focused on doing everything we can to make the Cincinnati Streetcar a reality, so I went down to City Council and spoke my piece about the $64M bond issue to help fund it. The beauty of all this is that I learned that Cincinnati is a place where anyone can make a difference and that is truly the most eye opening part of the past year. Try going to a bigger city, say Chicago, and helping shape the future of the city. That is quite a large city to have your voice heard and impact change, good luck. You could head to a smaller town where it may be easier to make a difference, but you will not find near the amount of activity and development like you see in Cincinnati. To me, and to many, we are at the right time and the right place in Cincinnati to step up and really impact the future.

The urban core of Cincinnati has an incredible amount of momentum right now: Cincinnati Streetcar is on the way; The Banks and Central Riverfront Park are taking shape; 21c Hotel is coming; people are choosing to live, work, and play downtown. However, it is not only the changing environment around us that will attract and retain talent; it is this chance to get involved as well. The chance to make a difference and have an impact is not something that is easily seen or easily measured, but it is what will keep our momentum sustainable for years to come.

While UrbanCincy has helped me find my way and my voice and increase my engagement as it relates to the future of Cincinnati, it is definitely not the only way to get involved. I encourage you to take a look around, and if you aren’t already, start to view this city as a place with a bright future. There are too many good things happening for there not to be a substantial positive change in our city. I ask you to think about what inspires you, and reflect on it. I recommend you go out and find a way to make Cincinnati a better place to live. You will not regret it, I know I haven’t. 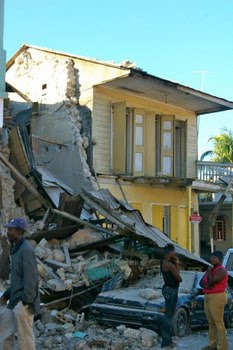 On Sunday, February 14 Metro is challenging Cincinntians to fill one of the transit authority’s new articulated buses with valuable items that can make a positive impact for those struggling to recover from the devastating earthquake that struck Haiti on January 12.

Metro officials will be collecting non-perishable food items, personal care items, cleaning products, first-aid supplies, bottled water, and summer clothing (new clothing only is requested). Matthew 25: Ministries, a local non-denominational organization working to help the needy, will also be collecting cash and check donations that will be distributed to those in need in Haiti.

‘Have a Heart for Haiti’ will take place at the Hyde Park Kroger (map) from 12pm to 6pm on Valentine’s Day.

The $2+ billion Brent Spence Bridge replacement designs have been narrowed to six. Parsons Brinckerhoff came up with the following six designs with the objective of creating an “architecturally distinctive” that can become a local landmark while also having a “visual relationship” with the existing Brent Spence Bridge.

The visual opportunity, for those crossing the bridge, to see the surrounding city and landscapes also influenced the final six design options. There is also the complication of the heavy river traffic attempting to navigate the bend of the river and the many supports of another six bridges within the urban span of waterway.

The majority of the options are the cable stayed variety as you might expect with a bridge attempting to be “architecturally distinctive” in the 21st Century. Most of the designs come across as cliche to me, but I do appreciate the single tower cable stayed option (#12) for its uniqueness and profound architectural impact on the riverfront and center city. The other design option that works for me is the arched bridge (#4) as it provides a nice balance to the collective bridge design by offering a bookend to the Daniel Carter Beard “Big Mac” Bridge to the east while also not coming across as trying to hard to be “architecturally distinctive.”

Which design do you like best? And be sure to share your thoughts with Parsons Brinckerhoff by Friday, February 5 before they move forward and narrow the options down to the final three. 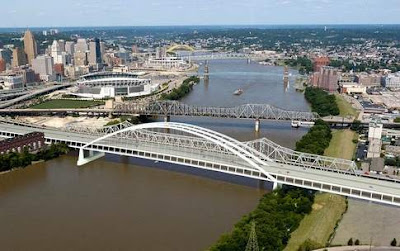 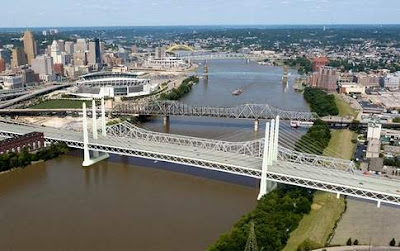 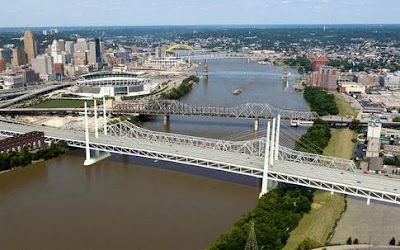 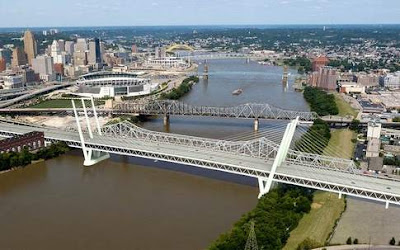 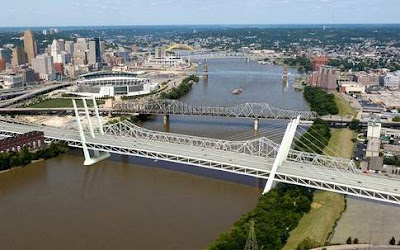 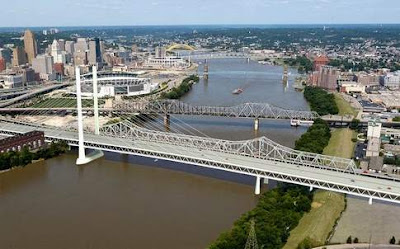 Cincinnati is fortunate to have a community media center, Media Bridges, which makes it easy for our citizens to have their voices heard. The organization operates our city’s public access television channels and will soon launch an FM radio station, Radio Free Queen City.

You can support independent media in Cincinnati, and help raise the money needed to launch the new station, by attending the Free Wave Riot this Saturday, September 5 at the Know Theater. The event, celebrating the 20th anniversary of Media Bridges, will help feature live music from local bands IsWhat?, the Tigerlilies, Fourth Letter Gang, Culture Queer, J. Dorsey Blues Revival, Losanti, and the Frankl Project. Spoken word performances, dancing, and video installations will also be part of the art presented at the event.

A raffle will be held with lots of great prizes, including an Enjoy the Arts membership, Media Bridges merchandise, and gift certificates to Coffee Emporium, Total Juice, Enzo’s, Chez Nora, and more.

Tickets are available at the door and at WVQC.org. The suggested ticket price is $9.57 (since the new station will be at 95.7 FM), but donations of any amount will be accepted at the door.

Are you one of the many people who have taken in a show or performance at the Ensemble Theatre? Do you look forward to the theatre’s future in Over-the-Rhine and the Gateway Quarter?

If the answer to any of these questions is yes, then you should TAKE THE QUICK SURVEY to let the ETC know what you think about their productions, place in the community and what your ideas are for their ongoing capital campaign to improve the theatre and its facilities.

The survey is available now, and will be up until April 28th. It honestly only takes a couple of minutes and will go a long way in shaping the future operations and physical appearance of the ETC. 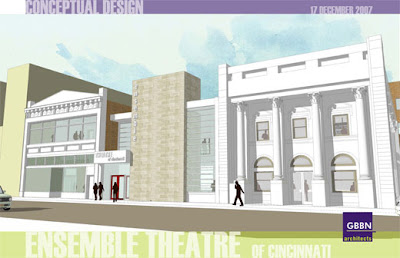