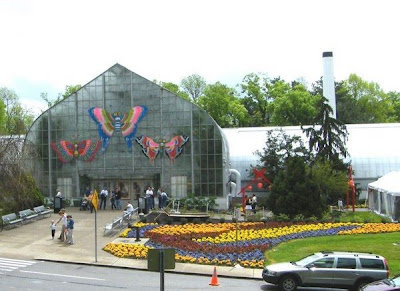 Despite the rainy weather, Cincinnati will be more alive than ever with an abundance of events that should appeal to most everyone.

The Krohn Conservatory will be continuing its Butterflies of India Show until June 31, and is open to the public from 10 A.M. to 5 P.M. On Friday, the Conservatory will host Wine Tasting with Amy Tobin from 6 P.M. to 8 P.M., exploring the wine artisans of the Napa and Sonoma valleys.

Be sure to stop by tomorrow morning for Breakfast on the Bridge, a free breakfast held for bicycle commuters that is being hosted by Bike Newport. The event will be held on the Newport side of the Purple People Bridge, and will include Taste of Belgium waffles, fresh fruit, pastries, coffee, milk, and orange juice.

Come celebrate with the MoBo Bicycle Coop as they observe their third annual fundraiser on Saturday, from 7 P.M. to 1 A.M. at Off the Avenue Studios (1546 Knowlton in Northside) The event features a raffle, silent auction, a great music lineup and lots of food and drinks. Tickets are for sale at the door, or at Park+Vine and Shake It Records.

For the weekend, Maifest at MainStrasse in Covington, Kentucky features authentic German and international foods, amusements and arts and crafts booths. On Saturday, from 4:40 to 7:30 P.M., the alternative, country and blues band Kelly Thomas & the Fabulous Pick Ups will perform.

Finally, don’t miss out on the Cincinnati Zoo’s newest addition. Zoo Babies at the Cincinnati Zoo features an adorable lineup of lovable infants, along with children-friendly concerts by Thaddeus Rex and Miss Lori. 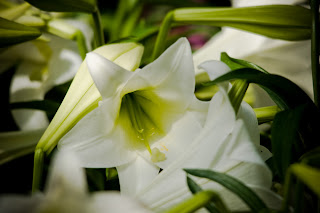 With temperatures rising to seasonably warm measures, and bountiful sunlight bathing the ambrosial green carpets that are sheathed with flowering trees and blossoming tulips, Cincinnati is rolling out the customary welcome mat to spring by hosting several events that are well worth attending.

Running until April 12, the Krohn Conservatory is hosting its annual Peaceful Spring Show, where the gardens are overflowing with countless early spring flowers and scented lilies that offer heightened sensual delights. The Conservatory, an Art-Deco relic from 1933, is open from 10 A.M. to 5 P.M. five days a week, and will have extended hours from 7 A.M. to 7 P.M. on Sunday, April 12.

Beginning on April 6, the Cincinnati Zoo is hosting its annual Zoo Blooms until April 30 during normal zoo hours, from 9 A.M. to 5 P.M. The Zoo is one of two botanical gardens in the state, and features a colorful palette of more than 80,000 tulips and flora. Also during April is the Tunes and Blooms that is offered every Thursday in April from 6 P.M. to 8:30 P.M. Guests can enjoy great melodic music while strolling the park and taking in the evening daylight. For this season, eight bands will be highlighting this popular event.

Finally, the Cincinnati Flower Show is hosting its 20th Anniversary Celebration and annual flower show at Symmes Township Park from April 18 to April 26. The event is generally regarded as an acclaimed flower show that feature numerous, spectacular exhibits, social events, plant and gardener’s markets, a lecture series and more.

Get outside and enjoy Cincinnati in the spring!

In a press conference yesterday at Cincinnati City Hall, Council Member Greg Harris announced that Spring Grove Avenue would receive two miles of dedicated bike lanes as part of a planned roadway repaving effort set for the spring. The bike lane would connect downtown and the western fringe of the core to Clifton and Northside.

Those who spoke at the press conference included Kathy Holwadel, Chair of Cincinnati’s Bike/PAC, who voiced strong support for the measure. As a regular commuter that takes her along Spring Grove Avenue, she noted that while the road is relatively safe, a dedicated lane would let drivers know that cyclists are part of the road much like an automobile.

Gary Wright, a spokesman for Queen City Bike, stated that the inclusion of the bike lane would be a step in the right direction in making Cincinnati’s neighborhoods and streets livable and green, environmentally friendly and safe. He continued by stating that the bike lanes is a direction that the city and neighborhoods must exploit for the future as a healthy, environmentally friendly transportation alternative to the automobile, confirmed in countless surveys that clearly show that citizens desire methods of transport that do not include a car.

Reactions, to the announcement, have been generally positive. Local transit enthusiast and avid bicyclist Jake Mecklenborg is pleased with the announcement but says the best solution would ultimately be a completely separate bike path divided by a barrier for safety purposes.

Lauren Sullivan, who has spearheaded the nationally acclaimed New Orleans cycling map project (NolaCycle), told UrbanCincy that she supports the lanes because they add visibility to the cyclist, although she noted that dedicated bike lanes were not entirely necessary due to the excessive width and lack of traffic of Spring Grove Avenue. Lauren went on to say that bike lanes should be appropriated on hills where bike and automobile conflicts are more likely, following with cross-town routes. In addition, she voiced comment for the installation of “Share the Road” and other associated bike signage and shared lane striping along Central Parkway, a popular cycling route.

Finally, John Hoebbel, an architecture student at DAAP, said that the inclusion of the bike lane would “enhance the natural connection between downtown and Northside,” adding that the lane is ideal due to Spring Grove Avenue’s relative flatness.

Personally, I am in full support of the bike lane measure, and of similar attempts elsewhere. After having biked Spring Grove Avenue yesterday as part my usual training route, I find that the route is underutilized for both automobiles and cyclists, passing only a handful of trucks and cars and four cyclists. It is also overly wide, and I had no trouble staying within my lane as there is a wide shoulder and parking lane for most of the route. That said, the benefit of physical striping to denote a bike lane and the inclusion of additional lanes in the future, will only benefit cyclists while encouraging more to get out on the bike and enjoy the inherent benefits of cycling.

See below for the press conference:

In Cincinnati’s annual State of the City address, Mayor Mark Mallory took an early opportunity to vaunt about the proposed streetcar system, stating in a lofty voice that “the benefits of the Streetcar system are too significant to allow the naysayers to derail our efforts. The facts are clear. Streetcars must be a part of Cincinnati’s future and we will fight to make it happen.”

His charged comments drew one of the largest applause from the crowd of 600 at the Duke Energy Convention Center.

Mallory stated that streetcars and fixed-rail investments will spur new development along its proposed route, citing that the first phase of the streetcar would connect two of Cincinnati’s largest employment bases: uptown and downtown, and cut through the heart of Over-the-Rhine. Mallory cited Tampa’s TECO Line Streetcar System, which has attracted more than $900 million in new investment and development along the line and Charlotte’s streetcar and the LYNX light rail line that has attracted over $1 billion in new investment along the corridor. It goes without saying that the role model for Cincinnati is Portland, where over $2.8 billion has been invested along its streetcar network.

According to HDR Consulting, a modest investment of $102 million to construct phase one of Cincinnati’s streetcar would generate $1.4 billion in new investment along the line. While a lot of the funding is in place for phase one, Mallory submitted a request for more than $60 million from President Barack Obama’s economic stimulus package with the hope that some, if not all of the requested funding will be received.

If the funding is received, it is conceivable that phase one of the Cincinnati streetcar project can become reality in the next two years. The Cincinnati Streetcar Blog has constructed a map that shows the various alignments proposed, with their mileage and cost labeled. It can also be seen below: