The abandoned Millworks site in Oakley has inspired urban enthusiasts for almost a decade. The thoughts of injecting new life into an former industrial space in the heart of some of the city’s most vibrant neighborhoods was truly something to get excited about.

The vision first laid out in the early part of the new millenium included hundreds of residential units, a movie theater, hotel, offices and what was to become the second location Jungle Jim’s. The best part about all of it is that the Millworks redevelopment would have done so while also maintaining the gritty industrial past of the site. As details finally emerge today of a new Millworks redevelopment, the reality is looking much different.

Today the plan calls for a $120 million development (less than half of the originally proposed $300 million plan in 2005) that will include 350,000 square feet of retail, 250,000 square feet of offices, 300 apartments and a 55,000 square-foot movie theater. While much of the development’s original components are still there, the plan has taken a decidedly suburban turn not unlike what happened at the Center of Cincinnati just around the corner. 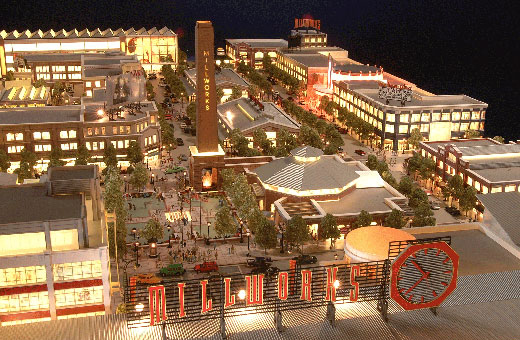 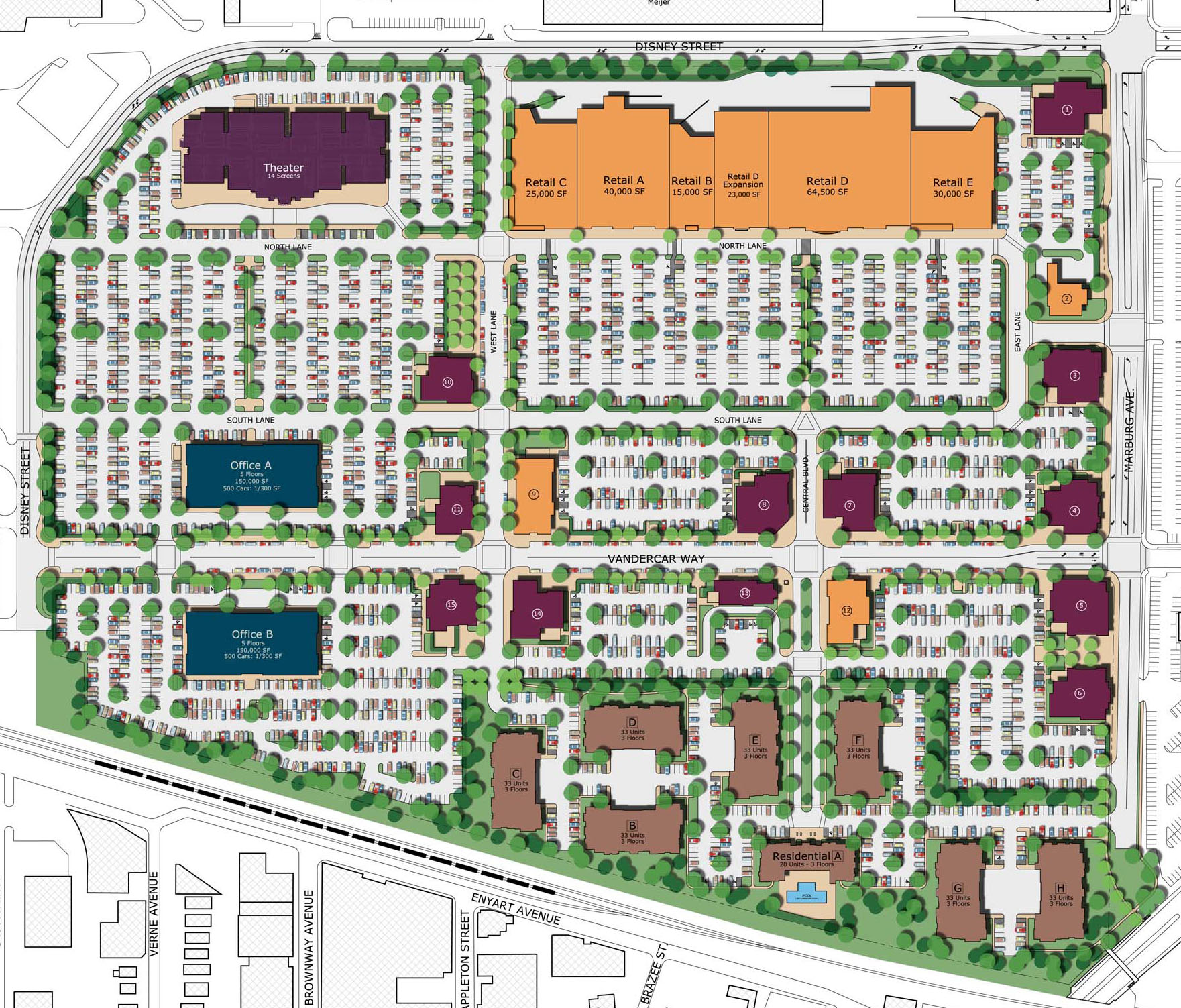 With the signing of Cinemark NextGen, the development seems to now be more real than ever. Work has already begun on removing asbestos from buildings on the 74-acre site so that demolition can follow for more than one million square feet of former industrial buildings that used to house Cincinnati Milacron, Ceco Environmental, Factory Power Company and Unova Industrial Automation. Worse yet, the city of Cincinnati is working to get project developers $3 million in Clean Ohio Revitalization funds and an additional $9.9 million in tax increment financing to pay for infrastructure work surrounding the project.

The controversial Center of Cincinnati development turned on a dime from an exciting urban infill project meant to inject new office, retail and residential space into the area just north of the Millworks site, into a cookie-cutter suburban big-box development.

At the time Vandercar, the same developers behind the Millworks redevelopment, said that market forces would no longer allow them to do such a project and charged Mayor Luken’s administration to rid the city of its Planning Department that had made an issue of the development’s dramatic, last-minute change. Vandercar won that battle and then city manager Valerie Lemmie decided to move forward and infamously shutter Cincinnati’s Planning Department.

The victory was only short-lived for Vandercar, however. The developer was part of a team that was promptly eliminated from contention to build The Banks, and Mayor Mark Mallory and City Manager Milton Dohoney have since restored Cincinnati’s planning dignity. So while much has changed, it appears as though the outcome may be the same for Oakley.

Oakley is the geographic population center for the 2.1 million person Cincinnati region, and is located along I-71, near the Norwood Lateral, and potential future light rail corridors. Each metropolitan region tends to have several dense commercial centers. Cincinnati currently has Downtown, Uptown and Kenwood, and the greater Oakely area should be the fourth.

Instead of championing “pro-growth” policies at all costs, Cincinnati’s leaders should act with long-term interests in mind and get the best end product for its people. Unfortunately, the status quo appears to be more in line with appeasing developers, like Vandercar, that go after low-hanging fruit, rather than demanding that investments in Cincinnati get the best return.