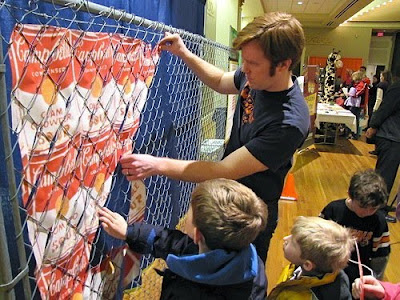 The Fine Arts Fund announced this evening that the Cincinnati community gave $11 million for the arts in during their annual campaign – matching their aggressive goal set last year. Julie Janson, Chair of the 2010 Annual Community Campaign for the Fine Arts Fund, said that the amount matched 2009’s contributions and was more than any other such campaign in the nation.

The news comes as nonprofits and arts organizations around the country have struggled to raise money during a difficult economy, with many organizations scaling back their expectations. Fine Arts Fund leadership noted that donations came from people all over the region, with most people making less than $150 contributions.

“We decided that we had to set an ambitious goal in order to ensure that people continue to share the benefits of the arts that make our community such a vibrant and appealing place,” Janson described in a press release. “And this year, setting a goal equal to last year’s donations was very ambitious.”

“This is an extraordinary sign of community support for the arts and the benefits they bring to the entire area” Lee Carter, Chair of the Fine Arts Fund Board of Trustees, said. “People recognize that our dance, theatre, museums, music, art centers, and so forth make communities more vital and bring people together throughout the region.”

On top of the $11 million raised in the Annual Community Campaign, several foundations contributed special initiative funding that totaled $12.3 million.

“We’ve heard from all corners of the region: the arts make our community a great place to live and visit,” Janson concluded.