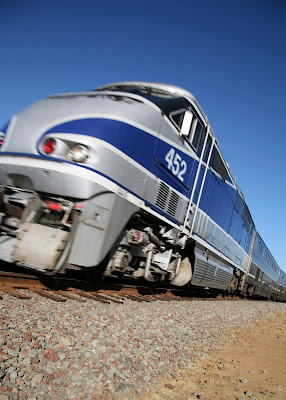 The European-American Chamber of Commerce (EACC) will host the Urban & Regional Public Transportation Conference on Wednesday, May 5 at the Westin Hotel in downtown Cincinnati. The EACC 2010 Conference & Gala will gather a group of international, national and regional transportation experts to discuss Ohio’s 3C rail corridor and high-speed rail in general.

“High-speed rail has brought economic, social and environmental benefits to many countries around the world,” said EACC Executive Director, Anne Cappel. “The United States and the Midwest region can learn from case studies and experiences from our European counterparts and, hopefully, provide time and economic savings as we move forward.”

Event organizers say that the conference is designed to address issues surrounding the 3C rail corridor with a pragmatic approach. Conference attendees will hear from experts involved in Ohio’s high-speed rail plan in regard to its cost-effectiveness, safety and environmental impacts from local, regional and national levels.

Ohio’s 3C rail corridor was recently awarded $400 million from the American Recovery & Reinvestment Act, and will eventually carry nearly 500,000 passengers annually between Cincinnati, Dayton, Columbus and Cleveland. The 3C rail corridor itself serves an estimated 6 million people and is considered to be the most under-served passenger rail corridor in America, and would eventually be connected into the larger Midwest High-Speed Rail Network.

The EACC 2010 Conference & Gala will include three panels made up of representatives from the U.S. Department of Transportation, Ohio Department of Transportation, Midwest High-Speed Rail Association, American Public Transportation Association, FirstGroup America, General Electric, the City of Cincinnati and representatives from England, France and Spain. The three panels will focus on Economic Development, Performance/Environmental Impact, Financial/Operational Models.

U.S. Deputy Secretary of Transportation, John D. Porcari, will deliver the conference’s key note address to the hundreds of decision-makers and thought leaders expected to be in attendance.

The EACC 2010 Conference & Gala will take place at the Westin Hotel (map) in downtown Cincinnati from 10am to 9:30pm and include lunch, a cocktail/networking session following the conference, and the gala dinner. A variety of registration packages are available until Friday, April 30 at 5pm.

If you are unable to make the event, be sure to follow UrbanCincy on Twitter where we will be live tweeting from the conference using the #eaccConference hashtag.