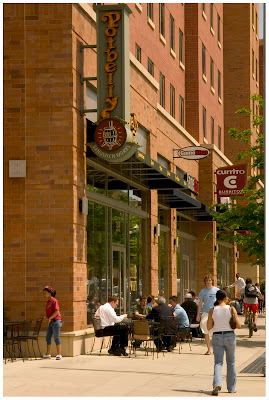 Today the Uptown Consortium Board of Directors voted unanimously to endorse the proposed Cincinnati Streetcar project. The consortium represents Uptown’s largest employers including Cincinnati Children’s Hospital Medical Center, the Cincinnati Zoo & Botanical Garden, The Health Alliance of Greater Cincinnati, TriHealth Inc. and the University of Cincinnati that combined represent close to 50,000 employees, a payroll of $1.4 billion and an annual economic impact of more than $3 billion.

The Board of Directors stated that the Cincinnati Streetcar represents “an important economic development tool that will connect the city’s two largest employment centers – Uptown and Downtown.”

The newly formed Neighborhoods of Uptown (NOU) represents seven city neighborhoods including Corryville, Clifton, Clifton Heights, University Heights, Fairview, Mt. Auburn and Avondale, and has also unanimously extended its support for the streetcar project and see it as an exciting prospect to link their neighborhoods with Downtown.

“The streetcar project is the kind of bold initiative the neighborhoods are looking for from City Hall,” said Neel, who is president of the CUF Community Council and an assistant professor at UC’s College of Medicine. “We think the streetcar will bring a welcome dose of vitality to our neighborhoods.”

Phase 1 of the proposed Cincinnati Streetcar will run from Cincinnati’s riverfront, through downtown Cincinnati and historic Over-the-Rhine, and up the hill into the Uptown neighborhoods and business districts.

“We believe the streetcar will help attract talent to our city’s key economic centers,” said John Prout, president and CEO of TriHealth, Inc. and the consortium’s board chairman. “The project will also stimulate job growth and serve to revitalize our neighborhoods.”

The announcement comes just months after the unprecedented unanimous vote by University of Cincinnati Student Government Association to support the streetcar project as well. Once complete, the Cincinnati Streetcar will introduce modern streetcar service to the Midwest and will connect the region’s two largest employment centers and many major attractions.