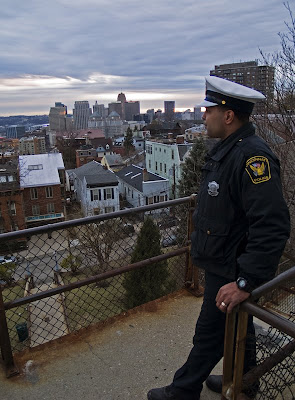 As Cincinnati faces a $51 million operating budget deficit for 2010, with the chance of the deficit worsening in 2011, many Cincinnatians and local leaders are looking for ways to close the gap without further cutting into already slim programs elsewhere.

Cincinnati’s 2010 General Fund Operating Budget totals $393.8 million of which public safety departments make up $181.9 million or 63 percent of the annual operating costs. A large chunk of that $181.9 million is made up in payroll costs for 1,135 police officers (3.4 officers per 1,000 residents). The question that must be asked is if other operations have continually been cut over recent years, then how can we close a $51 million budget deficit?

For comparison purposes, the City of Columbus has more than twice the population of the City of Cincinnati with 773,277 residents spread out over a much larger land area. Compared to Cincinnati though, Columbus has only 1,876 police officers (2.43 officers per 1,000 residents) and a Part 1 crime rate 4 percent lower than Cincinnati.

The objective data seems to indicate that a more robust police force alone is not necessarily the path to lower crime rates. But since 1974 while Cincinnati’s population has decreased 26 percent the police presence has increased 36 percent. Over that same time period public safety’s portion of the annual General Fund Operating budget has increased from 31 to 63 percent, and has seen spending increase 124 percent while non-public safety spending has decreased 43 percent.

The data is alarming. While the City continues to cut essential programs in order to balance a budget in a shrinking city, public safety programs continue to see expenditures increase with virtually no public opposition or discussion about the need for these expenditures. Of the more than 1,100 police officers only 698 are used for patrol purposes. The Cincinnati Fire Department meanwhile saw 86 percent of all fire runs in 2009 go to non-fire events.

“Police visibility in crime hot spots and enforcement of nuisance properties actually prevent crime, but in Cincinnati much of our approach is responding to crime in a defensive manner,” said former City Council member Greg Harris. “This reactive approach will never lessen crime and we will never have enough cops to make it effective. As a result, we have to implement proven crime fighting strategies built on greater police visibility.” 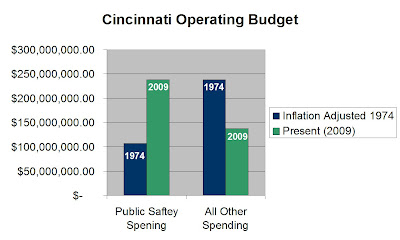 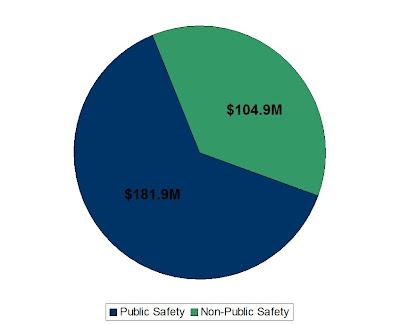 In Cleveland, Emergency Medical Services (EMS) have begun rejecting calls for minor ailments such as toothaches or hemorrhoids, and as a result has been able to reduce its ambulance fleet by three vehicles in an effort to help close their own glaring budget deficit. The difference between Cincinnati is even greater as Cincinnati EMS also sends fire trucks on these calls.

Reductions in Cincinnati’s public safety budgets could very easily help close the budget deficit for 2010 and offer long-term cost savings for the city. The comparisons to Columbus and Cleveland are only so useful as each city is unique, but they do offer an interesting insight into Cincinnati’s budget discussions especially when current budgets are examined with past budgets.

The answer for Cincinnati seems to lie in more efficient public safety operations, as with Los Angeles’ or New York’s high-tech crime mapping strategy, where the police force is managed to operate in a proactive way that helps reduce violence long-term and fire fighters are used to fight fires and not to respond to 911 calls for toothaches. The question now is whether or not our political leaders will have the courage to stand up to the police and fire unions and make these decisions.