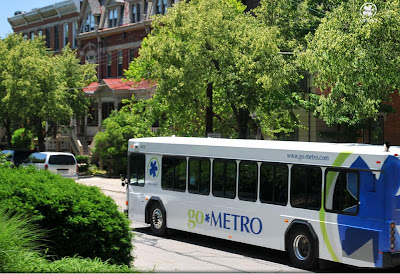 The Southwest Ohio Regional Transit Authority (SORTA) has named the 2010 board members that will oversee the operations and direction of Metro – Cincinnati’s primary bus operator. Both Chair, Melody Sawyer Richardson, and Vice Chair, William Mallory Sr., have been re-elected to their positions.

Richardson has served on the board since 2003 and has acted as SORTA chair since 2007 while Mallory Sr. has served as Vice Chair since 2008. During Richardson’s tenure as Chair, she has helped advance several initiatives including:

Also during that time Metro has faced extraordinarily difficult budget shortfalls due to what local leaders call a “failed” funding source and a difficult economy. As a result fares have been increased, service reduced, and ridership has even declined during this tumultuous time for transit agencies across the nation.

“Most people recognize the bus funding model is a failure,” said Cincinnati City Council member Chris Bortz in a recent interview with the Cincinnati Business Courier. “There are going to be those that are resistant to any new tax structure. But we’ve got to think through it.”

The solution, seen by many, is a county-wide funding structure instead of one that only focuses on Cincinnati’s Earnings Tax. As SORTA’s re-elected Chair and Vice Chair focus on long-term plans for the transit authority there needs to be serious discussions about how to permanently right this ship and make Metro a financially stable transit operator.

You can stay connected with the latest news and updates from Metro on Twitter @CincinnatiMetro.