The internationally recognized Cincinnati establishment Rookwood Pottery announced today that it will take on the biannual Cincinnati Art Galleries Auction. These sales are the largest Rookwood Pottery auctions in the world, and curators, designers and collectors come in from around the country in their search for the perfect pottery piece.

Cincinnati Art Galleries has hosted this auction for many years, but has decided to streamline their product offerings by focusing more exclusively on 19th and 20th century European and American paintings. According to the press release, Riley Humler, currently the Gallery Director of Cincinnati Art Galleries, will assume the position of Director of Auctions at Rookwood Pottery, bringing with him his team of art pottery and art glass experts.

“We have always had a great working relationship with Rookwood Pottery and applaud Christopher Rose and his vision for Rookwood,” said Humler. “It is incredible that I can say that I now work there, having been an enthusiastic Rookwood fan all of my adult life.” 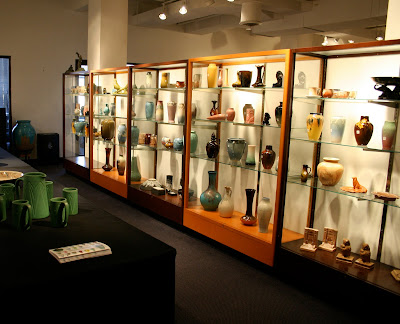 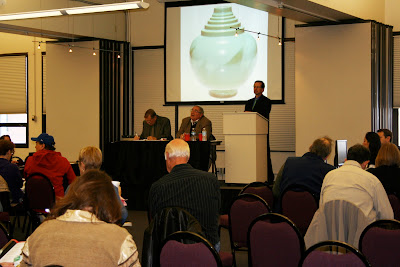 Christopher Rose and his team have been working hard since 2005 to bring back the amazing legacy of Rookwood back to Cincinnati. The company recently relocated to a 100,000 square-foot facility in the heart of Over-the-Rhine earlier this year. They have plans to turn the auction into a three day art pottery conference-style event, complete with receptions, speakers and studio tours.

“Moving this (event) to Over-the-Rhine and expanding it to be more of a conference will only further the Over-the-Rhine’s reputation as a vital center for the arts – something that means a great deal to us at Rookwood,” said Suzanne Blackburn, Marketing Manager for Rookwood Pottery.

It means a lot to Rookwood, but it means even more to the community of Over-the-Rhine. It is absolutely energizing to see dedicated business members establishing themselves in the heart of the City. Rookwood is another step forward into revitalizing our city center, and it adds another dimension to the company that they have committed to producing their work in the center of Cincinnati, rather than fleeing to the wide expanse of the suburbs.

Stay tuned for a future opportunity to get an exclusive tour of Rookwood’s new digs in OTR, and get a behind-the-scenes look at their famous operations. If a tour/history lesson/social outing at Rookwood Pottery interests you please leave a comment below and let us know what you would like to experience.