In an earlier writing I generally discussed street vendors in Cincinnati – the role they play in the social life of urban spaces, how Cincinnati’s street vendor scene compares with other cities around the country, and how the city might work to increase the number and diversity of street vendors.

Since that time the very exciting announcement has been made that two new taco trucks will be joining Cincinnati’s street vendor scene, and Taste of Belgium owner Jean-Francois Flechet has indicated an interest in creating a waffle cart to be used around town. 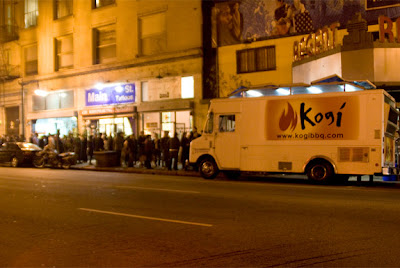 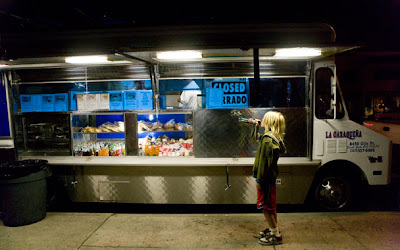 At the same time I noticed the revolving door of late-night food establishments has continued on its 360 degree angle as Balboa’s near 7th & Vine streets has closed down. It would seem that these late night establishments would thrive with the lower overhead costs of street vending operations whether they be trucks, carts or stands along side the road.

No longer would these businesses have to shoulder the burden of a 24 hour lease for a three to four hour operation. The new business model would also allow the vendors to travel about following the fickle nightlife crowd across the city. Heck, the reduced overhead may even enable the entrepreneurs to open up secondary operations in other popular night life destinations across the city.

From the city’s end it would seem to ease the tension of businesses opening and closing as frequently as they struggle to make ends meet in a low-margin operation, while at the same time providing the same services and social life that comes along with these businesses.