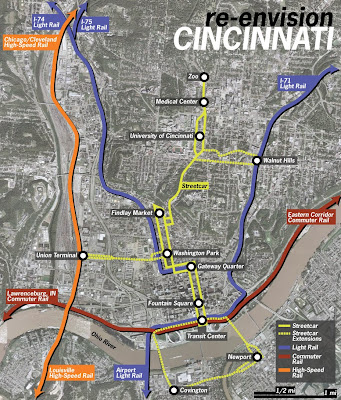 On August 29 the University of Cincinnati Student Government Association (SGA), which represents more than 37,000 students, unanimously passed a resolution bill that opposes Issue 9, the Anti-Passenger Rail Amendment being pushed by the local special interest group COAST.

In a release, SGA’s Director of Governmental Affairs stated that, “It was important for us [students] to show our support for rail. We are constituents in the November election and our voices should be recognized.”

Sutton worked with Student Body President Tim Lolli who said, “railway systems will allow students to have a better connection with the City of Cincinnati and beyond,” and that, “the railways could be heavily utilized by students for affordable, convenient and engaging travel.”

SGA’s Director of City Relations, Tim Oliver, also helped to create the bill. “We want to have potential City Council and mayoral candidates hold open-house debates educating students about the issue,” said Oliver who goes on to say that SGA will continue its support of passenger rail in the fall. President Tim Lolli also has plans to invite organizations on-campus to speak about Issue 9 and its potential impact.

For Stronger Neighborhoods, Vote No on Issue 9