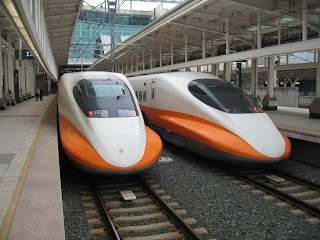 Often, those seeking to pass Issue 9 base their skepticism for rail transit on the idea that the success of such a system is unknowable. They claim that there is no way to tell the specific impacts an integrated transportation system will have on our city. Their argument is only true to a point. While pin-point specific data cannot be known until after a system begins operation, there is an ocean of data available from the scores of cities that have chosen to invest in this technology.

Look, if Cincinnati were the first city to come up with the idea of rail transportation, the opponents’ skepticism would be legitimate and welcomed. But we have already seen the effects in literally DOZENS of cities. The results are in and these systems work. The vast majority of their skepticism is baseless, unproductive, and downright ignorant when considering the amount of data that exists supporting rail transportation in its various forms.

So where does the money come from? In many instances, the large public benefit of transit encourages federal and state funding. But if Issue 9 passes, the ability for Cincinnati leaders to obtain that funding becomes impossible. Federal dollars are highly competitive, and only the cities with the strongest and fastest applications will receive those dollars. Requiring a public vote will slow the process to the point where Cincinnati is taken out of the running. This leaves no choice for local leaders but to fund these projects with just local dollars.

Passing Issue 9 will outlaw the choice to either drive or take a commuter train to work in the morning.

Passing Issue 9 will outlaw the choice of Cincinnatians to either drive or ride high-speed rail to that conference in Chicago, that protest in DC, that OSU game in Columbus, that concert in St. Louis, that holiday in New York City.

Passing Issue 9 would outlaw the choice to take a train to Bengals game, or pay for $3/gal gas and $15 for parking on top of $80 dollar tickets and $8 beers.

Passing Issue 9 eliminates the choice between having a worry-free night on the town, or having to call it an early night so as to not drive while intoxicated.

For more information, visit Cincinnatians for Progress. There you can see who else wants to preserve choice, check out their blog, see other reasons why Issue 9 leads to ineffective governance, sign up to volunteer, request a yard sign, or even donate to the cause.