Remember when Newport was Sin City? Some people around these parts do, but most of us don’t think of Newport as more than a destination for dining, movies, or a show at The Southgate House. Well, the fellas running the Newport Gangsters Gamblers and Girls Tour are getting the story out about the city’s colorful history and they do it with a passion and energy that only make it more interesting. Additionally, they are happy to talk up local establishments including Mammoth Cafe, Dixie Chili, Sin City Antiques, and York Street Cafe not only for their current contributions but also for their place in the history of Newport, KY.

In the spring of this year a few friends started the tour as a fund raiser for Global Service Learning Inc. and originally intended it to be just a limited engagement to raise money and help send local school kids to Jamacia. The trips are dedicated to serving a part of the population that could definitely use a some help, and it’s used as a teaching tool for our local kids to show how service and activism can benefit them in the long run. 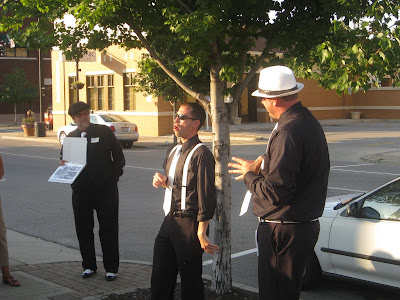 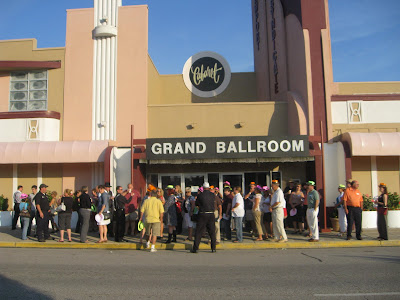 After tickets sold faster than expected, they brought the tour back for Italianfest in June and they had over three hundred more people show up over the course of that weekend. Well, they have been on hiatus for the rest of the summer, but now the fellas are back for the fall offering tours through the end of November.

What should you expect when you head down to the tour? Well, it starts at The Syndicate and features a short presentation about the history of Newport and the characters that really made it like Las Vegas before there ever was a Las Vegas. The tour guides will talk you through how Newport ended up the way it did and give you some great stories about the personalities that give it such a wonderful history.

After about twenty minutes, you head outside for a seventy five minute walking tour through the city. Heading up Monmouth for three blocks there are plenty of stops to talk about all the history, including the seventeen gentelmen’s clubs that used to line the street, as well as a wonderful story of gangster activity outside what was the Mustang Club.

Back down York Street, the group shows you the building where all the chips (no, not the kind made with potatoes) were made, the lot that used to be the Weideman Brewery Complex, as well as and old haunt of Frank Sinatra. And while the history is very interesting, the tour guides could not do a better job bringing the stories alive and they have clearly done their homework. The tour is easily walkable as it totals not much more than a mile and it is very flat the entire way.

It’s no wonder that these guys were drawing 100+ people to their tours at Italianfest! They are great and definitely worth checking out. They hope to draw a few hundred people down each weekend through the fall. You’ll never look at Newport the same way again, especially all the parking lots around town. Tickets are a mere $15 for the regular tours, $20 for the Haunted tours on the last 3 weekends of October, and $40 for a behind the scenes tour which runs on the first three Saturdays of November.