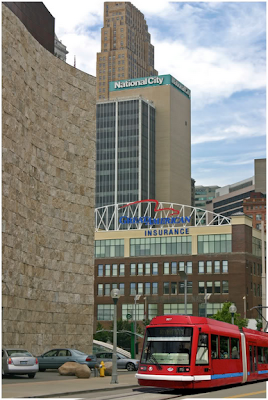 From the Alliance for Regional Transit:

At 10:00a on Tuesday, September 1st, Cincinnati City Council will take up the matter of placing the anti-rail initiative backed by COAST on the November ballot.

The Cincinnati City Solicitor and Council’s Rules Committee will determine the precise ballot language to recommend to the Hamilton County Board of Elections and ultimately to the Ohio Secretary of State. The full City Council will probably vote on the matter the next day.

This is the language submitted by the naysayers for approval by City Council:

“The City, and its various Boards and Commissions, may not spend any monies for right-of-way acquisition or construction of improvements for passenger rail transportation (e.g., a trolley or streetcar) within the city limits without first submitting the question of approval of such expenditure to a vote of the electorate of the City and receiving a majority affirmative vote for the same.”

There are serious problems with this language. First of all, it’s hard to understand. Cincinnatians who signed the petition have said they signed it in error, thinking instead they were registering their support for the Cincinnati Streetcar. And, as you probably also know by now, it would require a vote on each and every rail passenger rail project, including light rail and inter-city rail, that would be built within the city limits if it required the purchase of land or the spending of any monies by the city — even if the project required no increase in taxes.

It is unprecedented. No city in the United States has ever voted to restrict its options in this way.

Please come to City Council Chambers at 801 Plum Street at 10:00a on Tuesday. Anyone may testify by filling out a Speaker’s Card that can be obtained from the Council Clerk at the right side of Council Chambers. Each speaker will have two minutes to testify. Please strictly observe this rule of Council.

This is about much more than the Cincinnati Streetcar. It’s about the future growth and prosperity of our city. As written, it will restrict all passenger rail transit and hinder our city’s ability to be competitive. Cincinnati is now one of two of America’s Top 25 Metros without rail. If adopted, this Charter Amendment — a permanent change to our city’s constitution — will ensure that status.