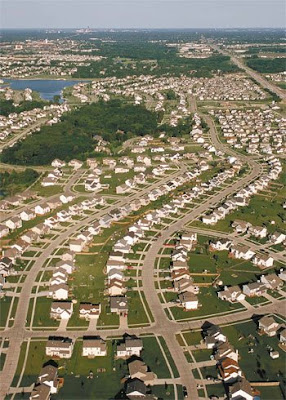 Someone correct me if I am wrong here, but in general, conservatives want smaller government and less spending, right? So why do they tend to live in sprawl areas?

When they are first built, new suburbs cost the taxpayer money to generate the infrastructure to live there (spending), and in many places, especially here in the Cincinnati region, each new suburb has its own local government, police, fire, etc. (more people on the bureaucratic government’s payroll).

Conservatives: why not practice what you preach by living in areas that do not necessitate wasteful spending and bloated government? Discuss.