After the lights went out and the dust settled from the 80th take of the Midsummer Classic, fans spilled out of St. Louis’ beautiful new Busch Stadium into an area set to be developed as Ballpark Village.

Ballpark Village is much like The Banks development in Cincinnati. The idea is similar – following a major public investment in a new urban ballpark, a high density mixed-use neighborhood would fill the space left behind from the previous behemoth of a stadium that once existed.

This new wave of thinking towards sports facilities is a trend sweeping the nation that can be seen in cities from San Diego to Baltimore and minor league parks all across the nation. The idea is that new businesses and entertainment districts can thrive off of the tens of thousands of sports fans visiting the area 80+ times a year.

Both The Banks and Ballpark Village have suffered their setbacks. In both cases beautiful new ballparks have replaced the cookie-cutter stadiums…that part of the equation has been fulfilled. What has not yet been completed is the high density mixed-use neighborhood. 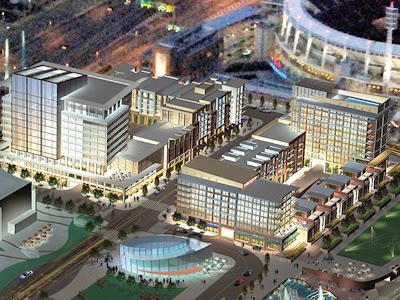 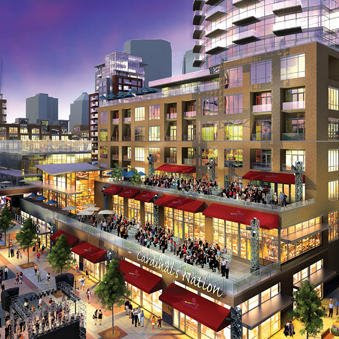 There is no doubt in my mind that once developed, both Ballpark Village and The Banks will be successful if executed properly. The problem is that the execution has little to do with the ballparks built to spur these developments. In St. Louis the amount of residential space has been reduced from the original plan. In Cincinnati condos have become apartments, and the design has been “value engineered” to say the least. What could any ballpark do to change these results?

What the ballparks do accomplish is that they create an instant market for such “eatertainment” places like ESPN Zone, Hard Rock Cafe, House of Blues and so on. These places are perfect for these districts, but I honestly don’t see what else the ballparks can do otherwise.

In St. Louis Busch Stadium is connected with the region’s light rail system with a perfectly situated MetroLink station. Cincinnati has the opportunity to similarly connect Great American Ballpark with the Cincinnati Streetcar system. 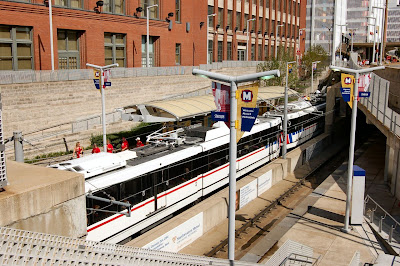 The important thing to vibrant urban neighborhoods is the amount of people. Downtown Cincinnati and St. Louis have no problem with daytime work week activity. What they both need more of is night time and weekend traffic, and this requires more people living within the core. Less residential at these developments is the absolute wrong idea. Transit makes high density residential more financially feasible, and has a considerably greater impact than that of a neighborhood ballpark.

Great neighborhoods aren’t made by great ballparks…great neighborhoods are made by the people living, working and playing there. A diversity of these activities is needed for a place to be truly sustainable in terms of its vibrancy, and instead of pouring our public dollars into new ballparks, stadiums and convention centers we should be putting our public money into transit choices, public spaces and a diverse housing stock.