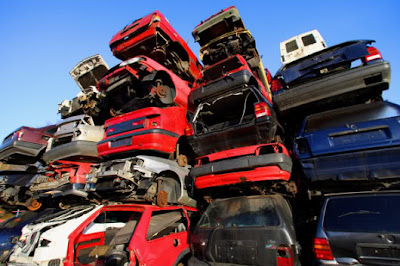 It appears like the ‘Cash for Clunkers’ program is more about stimulating the auto industry than it is about being environmentally beneficial. Officially known as the Car Allowance Rebate System (CARS), the program officially kicked off on July 1, 2009 with $1 billion worth of money to go out and get an estimated 250,000 “clunkers” off the road. That money was intended to last until November 1, 2009, but it was already projected to be depleted within the first month. As a result Congress acted “within minutes” by allocating an additional $2 billion for the program following a briefing by Secretary of Transportation Ray LaHood.

The auto industry, car dealerships and many individuals out there seem to be giddy at the idea of getting up to $4,500 to trade in a vehicle for a newer model…especially when they might not have been planning on doing so. This benefit is being matched some some automakers and car dealerships which makes it even more financially advantageous for Americans to go out there and ditch their car for a modestly more efficient vehicle whether they need to or not.

It has been said that the most “green” building is one that already exists, so it makes more sense to renovate historic and other existing structures than it does to tear them down or let them deteriorate beyond repair. I guess this same theory can be applied to automobiles. This program just seems to be more evidence that our nation is obsessed with consumption and that we can not accept lower growth rates as reality. At some point our revenue and growth models are going to have to be adjusted in a way to be profitable without such high rates of consumption that leave us all broke.