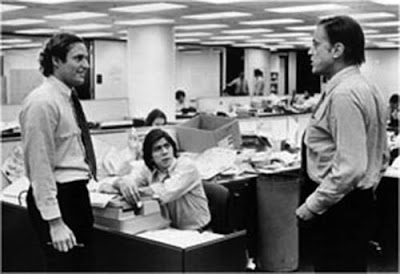 Black Wednesday brought massive cutbacks at Cincinnati’s last “local” daily newspaper. The reason I put “local” in quotations is because following each one of these waves the newspaper becomes less local, less intimate and more out of touch with reality as the industry deals with cutbacks in a corporate manner.

There is an estimated 100 people being laid off at the Enquirer with 30 of those being reporters. CiN Weekly is going away, but being “rebranded” into Metromix. Enquirer Editor Tom Callinan tweeted, “Need to clarify: CiN in print and online will continue with Metromix as dominant brand…”

While that is true the CiN Weekly folks are still out of a job, and Cincinnati is seeing one of its weekly entertainment guides be replaced by a template-style national entertainment guide known as Metromix in 37 different cities/regions nationwide.

These layoffs are extraordinarily sad, but at the same time seem to be reflective of an industry that is slowly dying. Yesterday Paul Wilham commented,

Blogs will replace newspapers in the next 10 years. I think you will see a growing professionalism especially among bloggers who cover specific areas.

Currently you can get the vast majority of what is “really” going on in Cincinnnati by folowing 20 or so bloggers, Business news, zoning issues, sports, restaurant reviews, neighborhood news and more.

The first person who can consolidate all that content into a daily digest and can find a way to monetize it with local advertisement and pay the bloggers for their content will put the Enquirer out of business. The Enquirer knows this too!

The thing is that I have never considered myself or my blog as being in competition with a news source like the Enquirer, but what seemed to happen over the years is that newspapers have grown more towards the blog end of things to try to keep up – this is the problem.

People like myself and others are not full-time reporters…heck that’s not even my professional training. Many of the bloggers are doing this as a passion and can not afford to pay themselves to do investigative reporting, extended feature stories and so on. This is where the newspapers should have focused. Instead they went to smaller stories, republication of press releases and a reduced grassroots/local emphasis. It’s not the physical form, but rather then reduced content that has damned the newspaper industry.

We saw the first wave of amazing bloggers born when newspapers began laying off Dining/Food review sections. We now have amazing food bloggers all across the nation and the amazing urbanspoon site that ties it all together in a way the newspapers will never be able to compete with again.

The Enquirer barely boasts a business section as is, and the local urban-focused blog scene is as strong as it is because the Enquirer fails on that front as well. These niches open up as a result of the newspaper letting it happen…they reduce their content and that content goes elsewhere.

The print newspapers around the nation need to start focusing on a new business model that is reflective of the changes taking place in our society…things are more local, more cutting-edge, more focused and more timely. I hope they get it together, because I love reading the newspaper every day. That will not happen by continuing to make cuts and get rid of those who make the newspaper the information source that it once was.

Image (source): Reporters Bob Woodward and Carl Bernstein from the Washington Post who helped break the Watergate Scandal to the public.