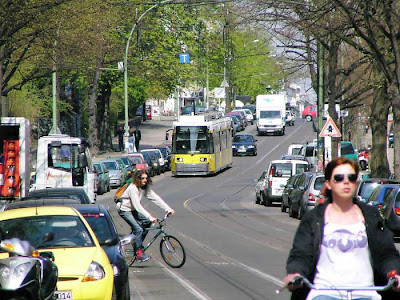 What do the mayor of Cincinnati, eight of the nine incumbents for City Council and eight of the non-incumbent candidates for council have in common? It’s not their political party; Republicans, Democrats and Charterites alike are all on this list.

(UPDATE: The number is actually 16 of 18 candidates for Council. My mistake.)

All of them believe that proposed amendment to the City’s Charter that would effectively ban rail transit for our region takes us in the wrong direction. They believe that at this time of economic uncertainty, we should be looking for ways of keeping and enhancing Cincinnati’s competitive edge, not finding ways to diminish it.

There is no better way to maximize the attraction of our city to the young, talented, and mobile than by building the streetcar. It is an investment that will encourage and guide development while making people’s movement within the city more efficient.

But there is another reason that so many of our leaders of today and tomorrow are urging us to vote against this Charter amendment. The language in it is so broad that its passage would diminish Cincinnati’s ability to receive federal funding for regional high-speed rail. Even streetcar opponents are leery of this amendment because it puts an election, which is expensive, between the city and its request for federal dollars.

Just about every city and state in the nation bids for a limited pool of federal funding for specific transportation projects, like high-speed rail, so the competition for those dollars is tough. Only the regions best able to demonstrate a need, and do so in a timely manor, will be considered. Forcing a vote will delay our proposals, and we will all watch the federal funding to offset the local cost vanish.

To keep the city competitive, we cannot stand in the way of this golden opportunity to enhance local development by connecting our region to other successful areas like Chicago.

Tell us what you think: Do you think that this amendment would be beneficial to the city? Or would its adoption diminish our region’s competitiveness?

For further reading:
Pro-amendment: We Demand a Vote
Pro-progress: Cincinnatians for Progress
US Department of Transportation re: Ohio’s importance to High Speed Rail