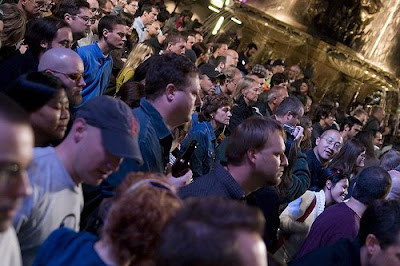 Fountain Square will host the second annual PNC Summer Music Series that brings live music to the Square five nights and one afternoon per week.

The summer music series starts tomorrow night with a new music genre for this summer. World Wide Wednesdays will feature music from around the world, and tonight’s concert is a “Journey to India” featuring music by Mohenjo Daro and The Cultural Center of India from 7pm to 9pm.

Back this year will be the very popular Salsa on the Square on Thursdays (7pm to 10pm) that include the best salsa bands in town along with dance instructors to help teach those in attendance the latest salsa moves.

Indie nights were another popular pick last year and will be back again this year on Fridays from 7pm to midnight. For the Indie Summer & Singer Songwriter nights there will be three local bands playing alternative and indie rock, followed by an open mic session for aspiring musicians hosted by some of Cincinnati’s best singer-songwriters.

Thursday afternoons, from noon to 1pm, will feature acoustic performances in the genres of folk, blues and Americana. Also back from last year will be the popular Smooth Sundays that feature Soul and R&B music from 7pm to 9pm.

For a full listing of all the nightly lineups visit the PNC Summer Music Series page.