The Cincinnati Enquirer’s John Fay is reporting that the Reds are “actively pursuing” for an All-Star Game to come to Cincinnati in 2013.

The game alternates between AL and NL locations, so that leaves 2013, 2015 and 2017 as the next options for Cincinnati to get its fifth All-Star Game and first at Great American Ballpark that opened for the 2003 season. 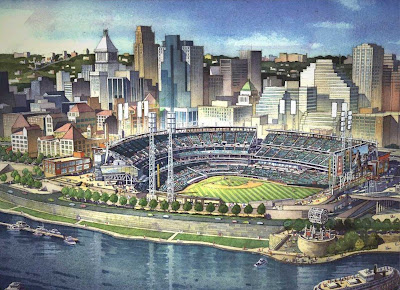 The timeline works fine with me as the first phase of The Banks and the Central Riverfront Park will be complete. The Great American Tower (Queen City Square) will also be finished; and if we’re really lucky, so will the first phase of the proposed streetcar system. Talk about making a good impression.

At the same time work will be underway for future phases of The Banks, Central Riverfront Park and (once again if we’re lucky) the proposed streetcar system. I’m glad we didn’t get an All-Star Game immediately after the opening of Great American Ballpark. I’d much rather have the out-of-towners come in and experience the revitalized Cincinnati and see that we have a lot more to offer than the nostalgia of WKRP.