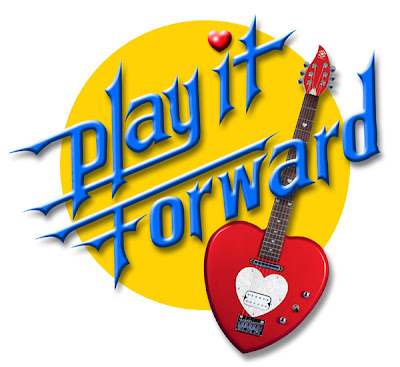 Play it Forward is a local non-profit started by Gary Burbank in 2007. The organization works to support local musicians whose hard work and dedication often comes at a high financial cost for them individually. Play it Forward seeks to, “educate the public about those cases and to create and manage an investment fund whose annual profits will be used to assist Greater Cincinnati musicians and their families in times of catastrophic need.”

The Play it Forward All-Star Concert for a Cause will not only bring together a host of musical talents, but it will also have a two-disk, thirty-track compilation CD from local artists. The CD made up of original tracks, will be sold to help raise funds for Play it Forward. Some of these local artists are also on the schedule to perform.

The concert will start at 8pm at the Madison Theater (GoogleMap) in Covington. Doors will open at 7pm, and tickets are $12 in advance or $15 day of the show. Tickets can be purchased through the Madison Theater Box Office, Shake It Records, Clifton Natural Foods, Buddy Rogers Music in Anderson, Susan’s Natural World, Burbank’s Real BBQ, and Everybody’s Records.

The concert is sponsored by Hudy Delight Beer – part of the Christian Moerlein Brewing Company family of beers.