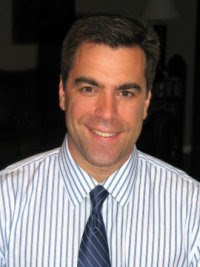 The wait is over for those anxious to hear who will replace John Cranley’s vacated seat on City Council. Anonymous sources tell UrbanCincy that fellow westsider, Greg Harris, will fill Cranley’s spot on council as determined by existing Council Democrats.

The appointment benefits all Cincinnatians as a very pro-streetcar Harris will replace one of the two opposition votes (Cranley, Monzel) to the streetcar proposal on council. Harris feels that, “streetcars offer incredible return on investment, and represent Cincinnati’s shot to generate hundreds of millions in new revenue. Let’s take this bold step to grow our prosperity as a city and region.” He goes on to say that, “Ultimately, we have to determine what kind of future we want for our city. Do we want to be a ‘Can Do’ city that leverages and inter-connects its tremendous assets? Do we want to be a green city that attracts and retains talent? The economic and environmental dividend of streetcars would help us realize this vision.”

In 2007, Cranley held up the process by repeatedly asking questions like whether busses running on painted lines could do the same thing as a fixed-rail streetcar, and how long it takes to walk from Fountain Square to Findlay Market (21 minute walk, 14 blocks) – something that could have easily been answered through a simple Google search like this.

The move of resignation was described as a business decision by Cranley. He cited that he wanted to focus his efforts more on his development work on the westside particularly in the Price Hill neighborhood.

Cranley would have been term-limited this election leaving a vacant seat behind during the November race. The move now allows another Democrat to run as a defacto incumbent come November. This is not the first time this resignation strategy has been employed as Cranley first got onto council in 2001 through Todd Portune’s resignation and more recently Roxanne Qualls was able to use the defacto incumbent role to her benefit as Jim Tarbell stepped aside before term limits in 2007.

Harris lost his run for City Council in 2007 and finished 15th in the overall vote tally (nine members on council). In 2002 and 2004 Harris ran unsuccessfully against Steve Chabot (R) for Ohio’s 1st Congressional District seat. In 2007 Cincinnati voters elected 100% of the candidates who were running as incumbents.