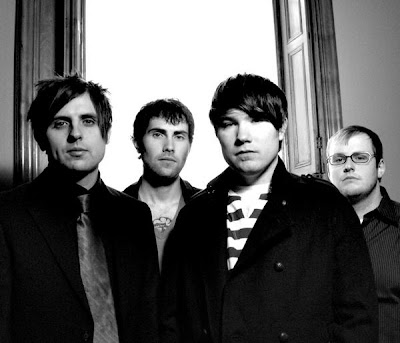 On Friday Hawthorne Heights will be in town for a very special appearance at Shake It Records in Northside. The Dayton-born band will give an acoustic show and just hang out for a little while probably signing albums and engaging in musical chit chat.

Hawthorne Heights is an emo band that has released three albums the most recent of which came out earlier this year entitled Fragile Future. Their first album, The Silence in Black and White, went platinum with over 1 million in record sales dating back to 2004. This was then followed up with a Gold album in 2006 that reached the top spot on Billboard’s Top Independent Albums list. If you’re not into emo bands, then just get on over to Shake It to check out their amazing collection of independent music.

In order to get their on-time you might have to cut out of work a little early. Shake It (GoogleMap) suggets that you should get their by 4pm, but if not feel free to come in and join the crowd whenever you’re able (regular hours M-S 10-9, Sun 12-6).