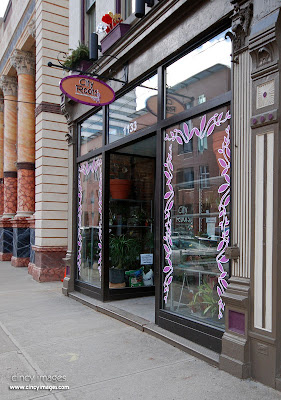 The new residential units, in the Gateway Quarter, boast exposed brick walls, original support beams, hardwood floors (in some cases original), very unique floor plans, and a prime location in the heart of what will soon be Cincinnati’s premier neighborhood. Well guess what, the retail spaces have all that too, and they are filling up quite nicely right along with their residential counterparts.

The area already has 11 unique retail establishments, the most notable being Park + Vine (a ‘green’ general store) and Lavomatic (urban wine bar by Jean Robert). Many of them have been there for over a year and are now about ready to be joined by three new additions.

The Little Mahatma (513-723-1287) is relocating its jewelry, art and artifacts store from its previous location, on Main Street behind the Aronoff Center, to 1205 Vine Street and will also be celebrating its 20th year in business. The Little Mahatma will be open M-F 11am-7pm, Saturday 11am-6pm and Sunday 12pm-4pm.

Switch (513-721-8100) is opening up at 1207 Vine Street and will have lighting fixtures for your home and office highlighting current designs from North and South America, Europe and Scandinavia. Hours for Switch will be M-F 11am-7pm, Saturday 12pm-6pm and by appointment.

Incredible Creations (513-961-4111) is the third establishment that will be opening up with the other two this Fall, and will be located at 1209 Vine Street. This upscale barbershop and beauty salon will offer a host of services and will be the first service related business to the Gateway Quarter. Hours for Incredible Creations will be T-Th 9am-8pm, Friday-Saturday 8am-7pm, closed Sunday and Monday.

All three are excited about their new locations echoing similar comments of one another that the neighborhood is becoming a magnet for unique retail options and that they want to be a part of the urban renaissance that is occuring in Cincinnati.

The new shops plan to be open for the Downtown Tour of Living on September 27th where the Gateway Quarter will once again be prominently featured. Official grand openings will be coming later, after the Tour, bu t those attending the Tour will be able to go through and check out the new places. 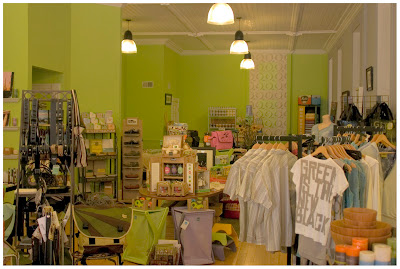 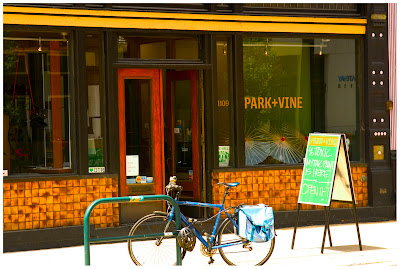 Park + Vine (a ‘green’ general store) in the Gateway Quarter