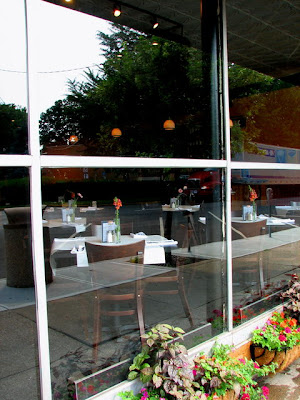 There is a fun opportunity coming up that will help a local non-profit arts organization. Kona Bistro, in Oakley, will be hosting the Know Theatre of Cincinnati on August 27th as part of a weekly fundraiser (see Community Nights) that starts at 6pm and lasts until 9pm.

The Know Theatre of Cincinnati describes itself as, “Just left of off Broadway” in terms of their productions. The theatre is also one of three theatres (Ensemble Theatre & New Stage Collective) along a 3-block stretch in Over-the-Rhine. A stretch of theatres that I consider to be Cincinnati’s off Broadway district.

The Know needs support though, and what better way than by going to the very cool Kona Bistro (GoogleMap) and enjoying some great food, drinks, and conversation? There will also be a raffle where you could win free tickets, subscriptions, and more for the Know Theatre’s 2008-2009 season.