The Emery Theatre has seen better days. Originally constructed as an auditorium for the Ohio Mechanics Institute, it was later home to the Cincinnati Symphony Orchestra until they moved to Music Hall in 1937. The theatre was even compared to Carnegie Hall by Leopold Stokowski, and is condiered an acoustically pure venue.

There have been recent efforts to restore this gem. The most recent of which was an outing by Give Back Cincinnati to help clean up the venue. This enabled some new people to get inside the treasured theatre for the first time in many years. You can get more great historical information, on the theatre, at UrbanUp. You can also view more photos (14), like the one here, on the Emery Theatre page there. 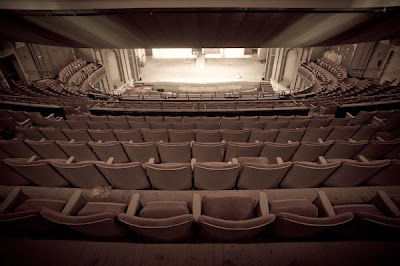 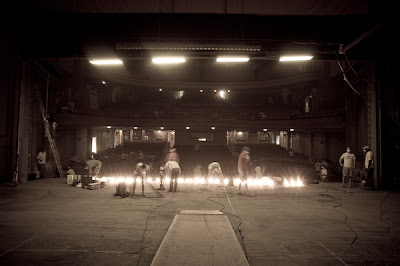