City Manager Milton Dohoney is at it again. The City has for too long let developers linger around and stall on potential development sites for a variety of reasons. Most of which aren’t good enough reasons for me. Our city has reached the point where we no longer have to bend over backwards for developers. Instead it is about time they (private developers) start living up to their respective end of the agreement. 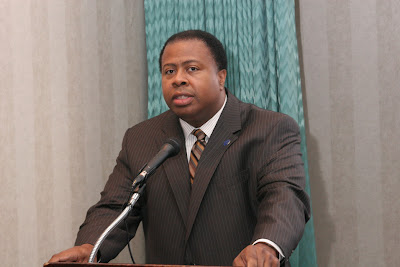 Dohoney’s first bold maneuver was to call out Eagle Realty on their lackluster development progress on 5th & Race. The City had essentially given Eagle Realty the land for nothing and simply ask that they develop something on an already cleared plot of land, and arguably one of the most prime pieces of real estate in the CBD. Dohoney said enough was enough, and informed Eagle that the City was taking away their development rights to the site.

Now on a much less prominent property, but equally as disturbing, Dohoney has once again taken the bold action of demanding that a developer live up to their end of an agreement. At 33 W. Fourth Street (corner of 4th & Race), the City gave a lease to MMF Realty with the expectations that they would redevelop this site. Well 3.5 years have passed and virtually nothing has occurred at the site.

In the mean time the City has heard from several other developers who are interested in developing the site themselves. Sounds like a win, win to me. Take this property off of MMF Realty’s hands – who clearly doesn’t want to do anything – and sell it off to another developer who is willing to do the job. It’s great to have a City Manager like Milton Dohoney around who actually has the backbone to stand up for the City and say enough is enough.