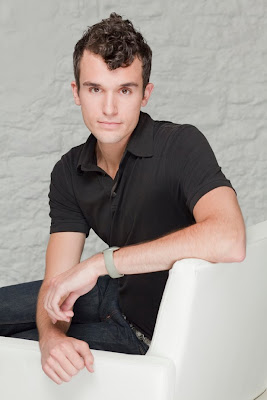 The American Marketing Association (AMA) is hosting a luncheon this Friday, April 16 from 11:30am to 1:15pm that will feature a presentation from Brian Meyers on the future of design and marketing.

Meyers is a Senior Trends Analyst with Cincinnati-based LPK, and is known for his forecasting and strategic analysis of emerging trends by predicting shifts in consumer behavior for the brand management firm. Trend forecasting is often used by industry leaders to help develop consumer and market brands.

According to Meyers, his presentation “Memo from 2015: What the Future Wants from a Marketer” will challenge many conventional marketing tactics used today and is intended to provoke Cincinnati’s local marketing community to think about how marketers and designers adapt and evolve in an ever-changing environment.

Due to his relatively young age and topic on evolving socio-cultural trends, Meyers is a different presenter for an AMA luncheon event. His presentation “Memo from 2015: What the Future Wants from a Marketer” is intended to provoke our local marketing community to think about how we as marketers and designers can adapt and evolve with rapidly evolving trends.

“The objective of this presentation is not accuracy, but provocation – proactive cogitation that will lead to thoughtful action and manifestation of a better future,” Meyers explained. “How will we adapt or evolve to fill the new role the future has in mind for us?”

Meyers’ presentation will focus on emerging trends like the Simplistic Slowdown, New Economies and the On-line/Off-line Blur. Correspondingly, the following six paradigm shifts will also be discussed about how they will impact marketing.

Marketing and brand development is seen as one of Cincinnati’s strongest industries with consumer product giants like Procter & Gamble, Kroger, Macy’s and Chiquita all headquartered in the city. The industry is also one that seems poised for growth in an increasingly consumer-based economy that is rapidly changing.

UrbanCincy readers interested in attending have been extended a special offer for the luncheon. Starting today, UrbanCincy readers are able to reserve their luncheon spot for the special membership rate of $35 by registering online and entering “UrbanCincy” into the comment box. This discount will only be valid online and not at the door. The event is being held at the Cintas Center (map) on Xavier University’s campus, with parking available in Lot C next to the arena (no parking voucher is necessary). 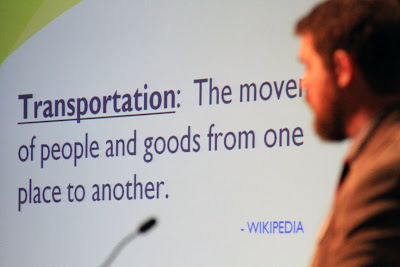 Over 600 concerned local citizens turned up at last weekend’s Neighborhood Summit, Step Two in involving the public in Plan Cincinnati, a new comprehensive plan being drafted by the City. While the meat and potatoes of the event were the small-group sessions focused on seven “Project Elements” (Housing and Neighborhood Development; Economic Development and Business Retention; Transportation and Transit; Health, Environment and Open Space; Historic Preservation; Urban Design; and, Arts and Culture) the highlights of the day were the two featured speakers: Scott Bernstein of the Center for Neighborhood Technology, and Anthony Williams JD, former Mayor of Washington D.C.

Williams’ talk was a straight-forward explanation of the Washington D.C. Comprehensive Plan that he oversaw in office, and while his delivery utilized dry wit and the invocation of insights from our Founding Fathers, it was Bernstein’s presentation that fascinated outright, striking at some of the key issues Cincinnati must address with its Comprehensive Plan.

Bernstein spoke predominantly on the drawbacks of an automobile-centric transportation network and two points especially stood out. First, he shared a graph charting the rise and fall of gas prices, followed by a graph almost perfectly shadowing the first line, but on a lag of about six months time: the rate of foreclosures. Our level of fuel dependency is dependent on our living locations, to the point where many people are just plain stuck when gas rises to excruciating price-points. Expanding on that idea, Bernstein then demonstrated how chasing lower housing costs out away from a city’s center could actually wind up crippling a household’s financial flexibility. Since transportation costs are largely a function of the distance one lives from work, social and educational opportunities, the two expenses ought to be looked at together, and Bernstein showed that in a “Drive Til You Qualify” market — areas that are chiefly auto-dependent — a commitment to suburban and exurban life is also a commitment to increased transportation expenses.

Bernstein demonstrated that, on average, a household saving $6k in monthly housing costs ends up sinking up 77% of their income into housing and transport, combined. Spend that extra $6,000 to live closer to where you learn, work and play, and the average household could end up with over 50% of their income still in their pockets — money which can then spur growth in a diverse local economy. Preemptively addressing the mass-transit critic, who might scoff at New Urbanist cities such as Portland, Bernstein quipped, “People who maybe don’t travel a lot think, Oh, Portland, they’re a ‘fuzzy’ kind of people. Well, yeah: they’re fuzzy all the way to the bank.”

After Bernstein spoke, citizens weighed in on the Project Elements in their respective small groups, offering opinions on how initiatives should be prioritized, and brainstorming ways to achieve goals such as being “a city with inviting and engaging public spaces” and having “economically diverse, mixed-income neighborhoods.”

Even after three such hour-long sessions, the real work is ahead; over the next six months working groups will meet to turn the initial feedback from the Neighborhood Summit into strategies aimed to realize each element. The working groups are open to all. Visit PlanCincinnati.org for more information.

This Week in Soapbox UrbanCincy has the following seven stories that you must check out. You can read about Rookwood Pottery’s new role with the Cincinnati Gallery Auctions (originally published here), the progression of the $115 million Hoff Academic Quad project at Xavier University, a new salon in OTR, Building Value’s new home in Northside, the grand opening of DeSales Flats in East Walnut Hills, Tazza Mia’s aggressive growth strategy, and a new way to look at Cincinnati’s suburbs.